Last updated: October 11th, 2021 at 10:55 UTC+02:00
Samsung is expected to unveil the Galaxy S22 series sometime in February 2022, but most of its features have leaked already. It was rumored a few weeks ago that the South Korean firm could finally improve charging speeds on its flagship phones next year and that the Galaxy S22+ and the Galaxy S22 Ultra will have 45W fast charging. However, a new report may point otherwise.

China-specific variants of the Galaxy S22 (SM-S9010), Galaxy S22+ (SM-S9060), and the Galaxy S22 Ultra (SM-S9080) have passed through the country’s mandatory CCC certification process. The certification data reveals that Samsung tested the EP-TA800 charger with all its upcoming phones. It is a 25W USB Type-C charger with support for USB PD and PPS. It is the same charger that comes bundled with many mid-range and high-end Galaxy smartphones and tablets. 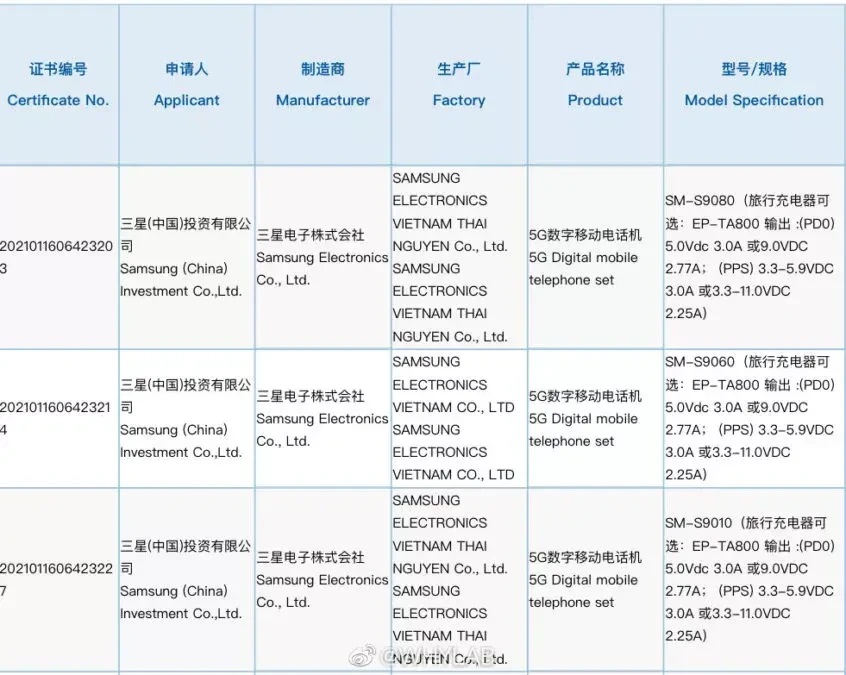 Winners and Losers: One UI 4.0 approved and your Christmas present compromised

Google October 19 event – what to expect