In case you forgot, Microsoft wants to make foldable phones too. It released the Surface Duo in September last year. The device didn’t really do well and was quickly forgotten. Many would have expected that the company would call it a day.

It’s actually doubling down on the Surface Duo. Microsoft has announced the Surface Duo 2 today. Since it’s the closest to what can be considered a competitor for Samsung’s best foldable, let’s do a Surface Duo 2 vs Galaxy Z Fold 3 comparison.

There’s a lot that Microsoft got wrong with the Surface Duo. It had outdated specs, no 5G, NFC or wireless charging. There was one single terrible camera on the entire device. While the way it chose to utilize the form factor was unique, the implementation left a lot to be desired. 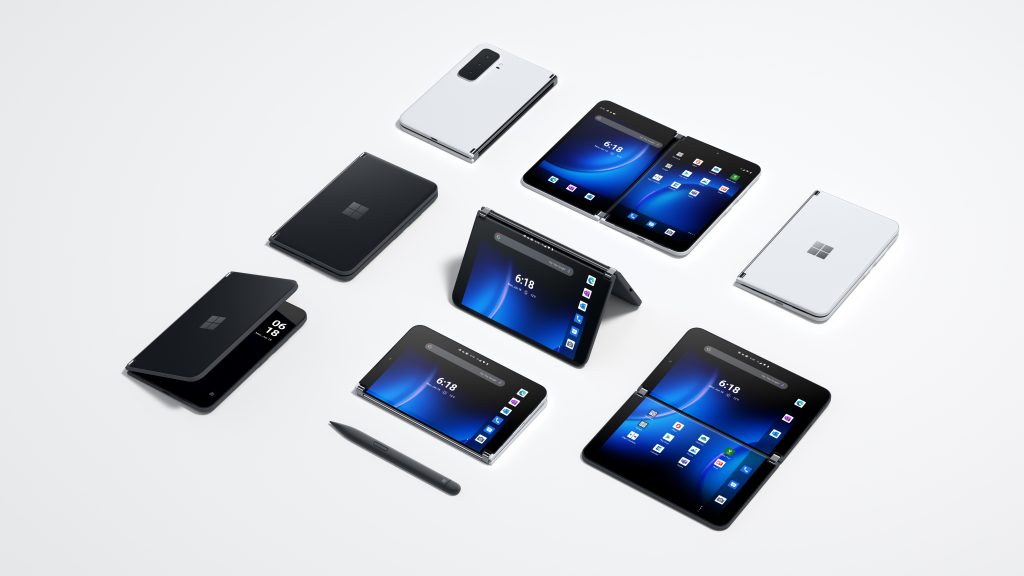 Like its predecessor, the Surface Duo 2 doesn’t actually have a foldable screen. It has two separate screens that are joined together with a hinge. So the device opens up like a book and lets users run two apps side by side.

The Galaxy Z Fold 3 has many appealing design elements. The subtle curves, sharp edges and solid hinge make it feel like a very premium device. The Surface Duo 2 doesn’t seem to have many of those attributes.

Its wider footprint also makes the Surface Duo 2 not that suitable for carrying in the pocket. The Galaxy Z Fold 3 may be taller but that doesn’t affect its portability much. 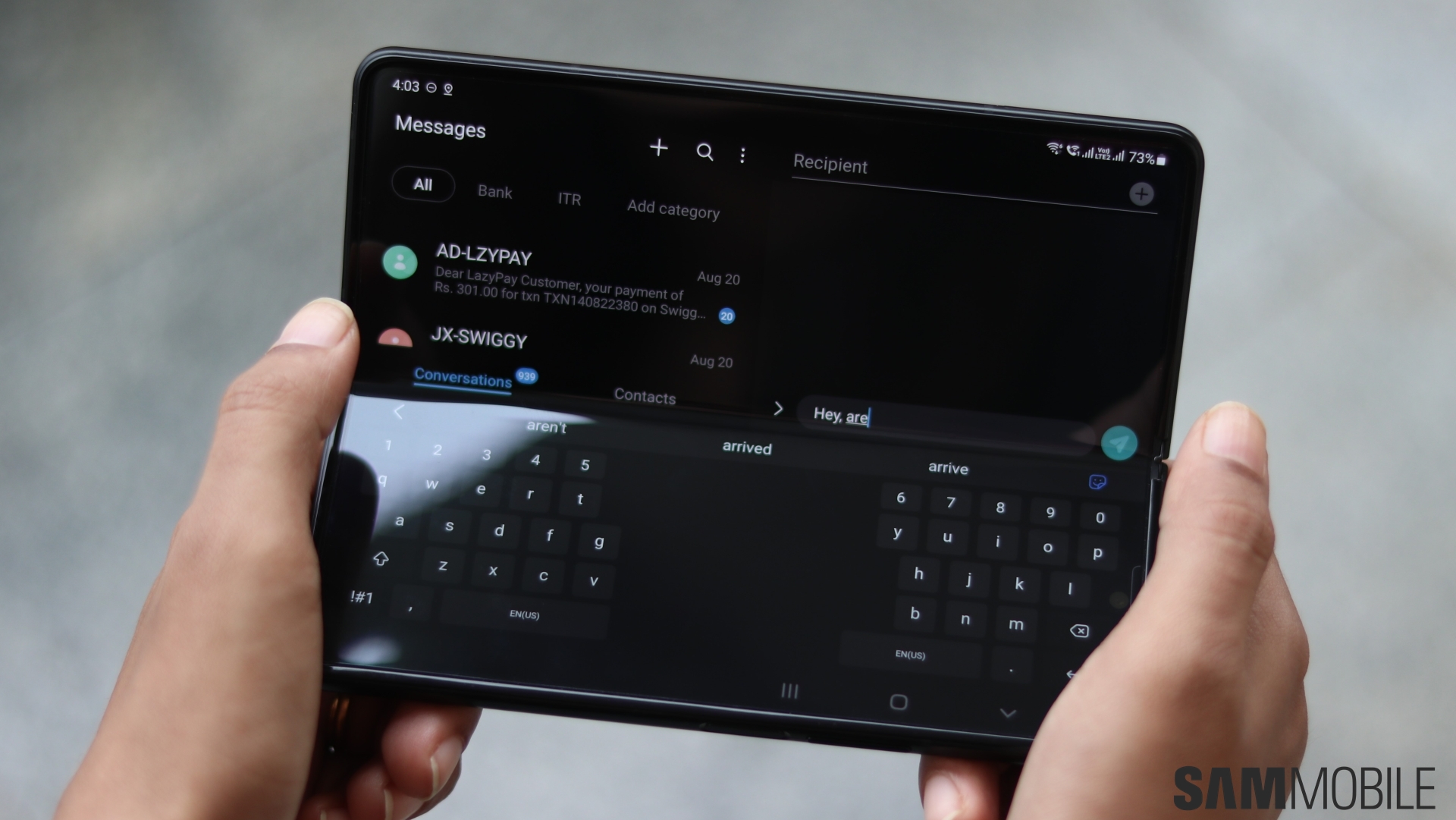 Samsung’s pushing display technology forward with its foldables. The panel inside the Galaxy Z Fold 3 actually folds. It’s made of Ultra-Thin Glass and has a plastic protective film that’s 80% stronger than before.

It’s a higher resolution 7.6-inch OLED panel that even has an Under-Display Camera. The bezels are as slim as they’ve ever been on a foldable phone. That’s not all, the 120Hz refresh rate is another feather in its cap.

The Surface Duo 2 utilizes two separate 5.8-inch OLED panels connected by a hinge. When viewed together it’s a combined 8.3-inch diagonal, slightly larger than one of the best Samsung phones, but with bigger bezels. The 90Hz refresh rate is an upgrade over its predecessor but not quite as good as the Galaxy Z Fold 3.

Both phones work with a stylus. Samsung has the S Pen and Microsoft has the Surface Pen. The Surface Duo misses out on a cover display so users need to unfold it even for the most minor tasks.

Close in performance but not close enough

This is where you’ll find the most similarities in the Surface Duo 2 vs Galaxy Z Fold 3 comparison. Microsoft is using the same Snapdragon 888 processor you get in Samsung’s foldable. There’s 5G support as well. The 8GB RAM is lower than the Galaxy Z Fold 3’s 12GB. The 4,449mAh capacity is almost the same as the Z Fold 3’s 4,400mAh.

The upgrades that the Surface Duo 2 gets represent a major leap forward compared to its predecessor. They still don’t bring it at par with Samsung’s top-of-the-line foldable smartphone.

Just how optimized it all is on the Surface Duo 2 is not something one can guess. As we pointed out in Galaxy Z Fold 3 review, it’s all in pretty tip-top shape on Samsung’s foldable.

Cameras are better but Samsung has more 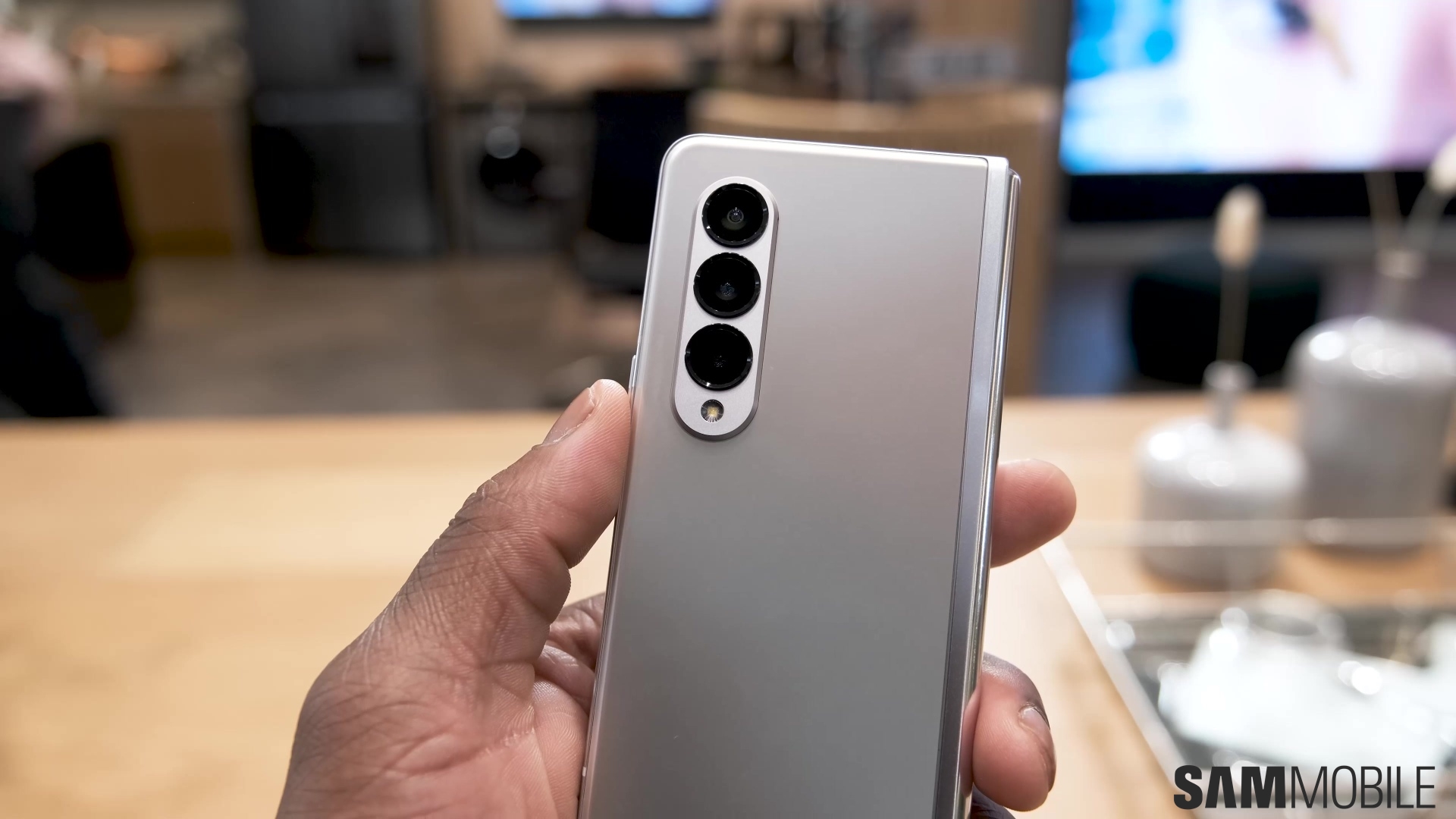 At least the Surface Duo 2 doesn’t have one single camera like its predecessor. Microsoft has given it a triple-camera system. It consists of a wide, ultra-wide and 2x telephoto sensor all of which have a 12-megapixel resolution.

What the Galaxy Z Fold 3 offers are two additional cameras. There’s the 10-megapixel selfie camera on the cover display and the 4-megapixel Under-Display Camera on the inside.

Samsung knows that it needs to make foldables cheaper to get more people to buy them. That’s why the Galaxy Z Fold 3 starts at $1,799. It’s a full $200 cheaper than its predecessor. That’s one of the reasons why the new foldable has been selling so well.

Microsoft has actually raised the price. The Surface Duo 2 starts at $1,499. That’s $100 more than its predecessor. Customers will get much more than what the original Surface Duo offered but at a higher price.

Samsung is giving customers a more durable and capable Galaxy Z Fold 3 that also happens to be water-resistant for $200 less. Sure, the Surface Duo 2 might be cheaper, but it’s not in the same league as the Galaxy Z Fold 3.

So who wins the Surface Duo 2 vs Galaxy Z Fold 3 comparison?

The Surface Duo 2 is what the Surface Duo should have been. It fixes all of the shortcomings that the device had. More people might be willing to give it a shot this time around. However, it’s not really going to both the Galaxy Z Fold 3 much.

Samsung’s foldable is more than just two screens glued together. The approach Samsung has taken for its foldable project will reshape the mobile industry as we know it. It also provides superior firmware support. The Galaxy Z Fold 3 get the promise of three Android OS upgrades and four years of security patches.

Microsoft is launching the Surface Duo 2 with Android 11. The original Surface Duo is still on Android 10 even a full year after its launch. It also can’t be ignored that the company’s track record with smartphones hasn’t been good. It bought Nokia’s mobile division in 2013 for $7 billion to try and compete, then gave up and left the business entirely.

Whether this new vision for mobiles will help it succeed remains to be seen. Microsoft is taking a more conservative approach this time. It knows trying to compete in the mobile market with conventional phones is a bad idea.

So it’s betting on foldables. The challenge it’s running into now is that Samsung has its fist tightly wrapped around the foldable market. The Surface Duo 2 might be an impressive upgrade over its predecessor but it’s far from a threat for the Galaxy Z Fold 3.