Sorting through Gmail on your Samsung mobile device just got easier

Last updated: September 21st, 2021 at 14:10 UTC+02:00
Google is rolling out a new update for Gmail, and through it, the company is finally bringing search filters to the mobile app. Samsung smartphone and tablet owners using Gmail will soon have the ability to filter out their search results in Google’s emailing app by several criteria. The feature is supported both before and after introducing the search terms. It works very much like the existing search filters in Samsung Email — though Google’s emailing app seemingly has additional filters.

Google confirmed that the rollout began yesterday — September 20 — but you don’t have to wait for an update notification to arrive. The search filters are reportedly getting added to the Gmail app server-side, so if they haven’t shown up in your app already, they should pop up eventually without requiring any extra input from you. You’ll just have to be patient, as downloading the latest APK won’t make a difference.

Again, if you are using Samsung Email, you should already be familiarized with the concept of search filters. And statistically speaking, chances are that you are among the hundreds of millions of people who have downloaded Samsung Email thus far. As a reminder, the app crossed a whopping 1 billion installs on the Google Play Store a couple of years ago. That number is a lot higher now, but the Play Store page stopped counting.

If you are using Gmail, though, there is one additional change you might want to know of. It’s nothing major, but it will give you a little bit of extra screen real estate. As spotted by 9to5Google, the new Gmail update also makes the navigation bar at the bottom a tad shorter.

Are you using the default emailing app from Samsung, or do you prefer Gmail? Check the screenshots below for more details, and feel free to leave a comment below or join our Telegram group. 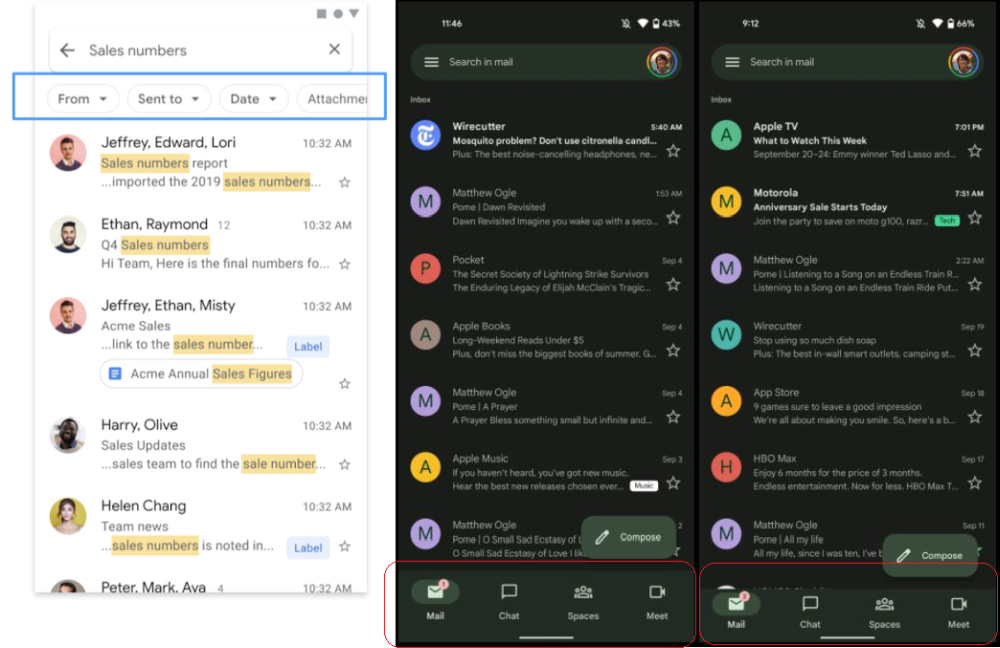