Last updated: September 20th, 2021 at 14:49 UTC+02:00
The upcoming Galaxy S22 seemingly got benchmarked online again, and the Qualcomm-powered variant did the honors this time around. The Galaxy S22+ equipped with the Exynos 2200 chipset popped up in benchmarks last week, and it turns out that the Snapdragon model wasn’t far behind.

The base Galaxy S22 variant is listed at Geekbench with a Snapdragon 895 chipset in tow and 8GB of RAM. The chipset has one 3.0GHz CPU core, three 2.5GHz cores, and four energy-efficient cores clocked at 1.79GHz. And, of course, the device runs Android 12, which is what the Galaxy S22 series will ship with early next year.

A couple of possible explanations for the abysmal benchmark results

The Galaxy S22 equipped with the Snapdragon 895 chipset performed dreadfully in this particular Geekbench test run. It scored a lot less than the Exynos 2200 model — by more than half — in both single and multi-core tests. But there might be a few explanations for this.

The first that comes to mind is that the benchmark at hand may have been fabricated. It could be a fake entry, and the device that was benchmarked isn’t actually the Galaxy S22 with the Snapdragon 895 chipset in tow. This isn’t beyond the realm of possibility, so feel free to remain skeptical.

By the way, the Snapdragon 895 SoC is rumored to be manufactured by Samsung on a 4nm chip fabrication process, and could be launched later this year.

Other feasible explanations could be that the Galaxy S22 and the Snapdragon 895 SoC are not yet fully optimized — even less so than the Exynos 2200 models — or that the device may have been benchmarked in extreme battery-saving modes. Therefore, these early test results would hardly reflect the phone’s real-world performance levels at launch. Besides, the Exynos 2200 model didn’t set a very high bar either, presumably for the same reasons.

Samsung may plan to introduce the Galaxy S22 series in January, same as it did with the Galaxy S21 earlier this year. We’ll keep you updated with future developments, and don’t forget that you can get updates and interact with our community through the comment section below and our Telegram channel. 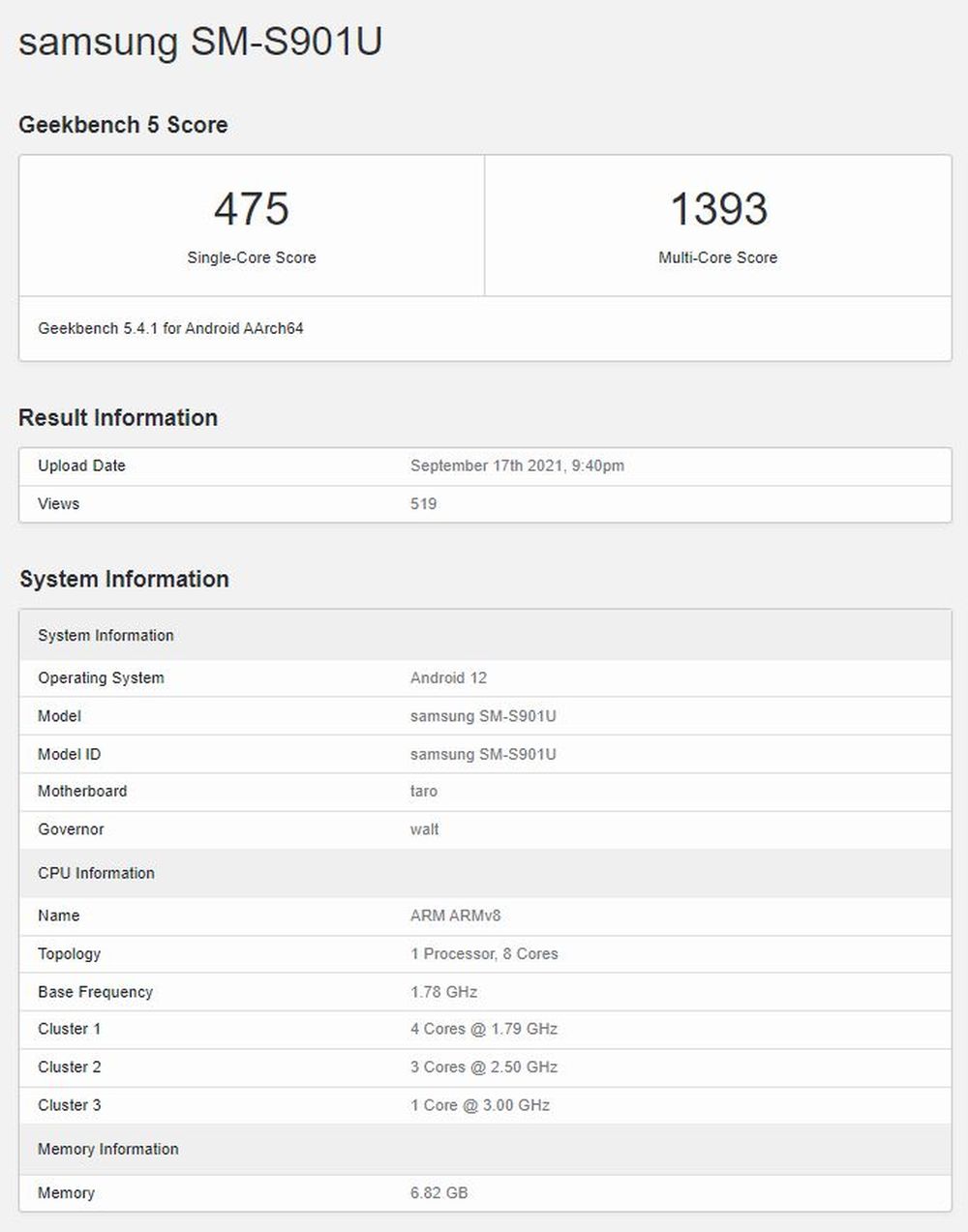