Samsung Electronics applied for 9,499 patents in 2021 and Samsung Display secured 3,524 patents, whereas Huawei recorded 9,739 applications. Samsung Electronics is the most innovative company overall, by far — at least judging by the total number of tech patents it secured in 2021 and previous years combined, i.e., 263,702 vs. Huawei’s 100,116. And that’s not counting Samsung Display, the latter of which has 26,219 patents under its belt.

Biggest innovators over the last decade

Samsung Electronics was among the top 10 innovators over the last decade in several areas, including virtual and augmented reality (VR / AR), 5G technologies, artificial intelligence and machine learning (AI / ML), and autonomous driving.

In VR / AR, Samsung Electronics was the sixth biggest patent holder over the last decade, with 1,070 patents. The company was fourth in 5G technologies with 3,173 patents and second in AI and ML technologies (6,360 patents).

As for autonomous driving technologies, Samsung was the fifth largest innovator in the past ten years and secured 619 patents. LG Electronics led the segment with 1,889 patents.

Samsung hasn’t secured as many patents as other rivals since 2011, but even so, the company has a rich-enough back catalog to keep it at the top of the list. Samsung Electronics and Samsung Display combined have alead of more than 90,000 patents over Sony — the second largest tech patent holder. 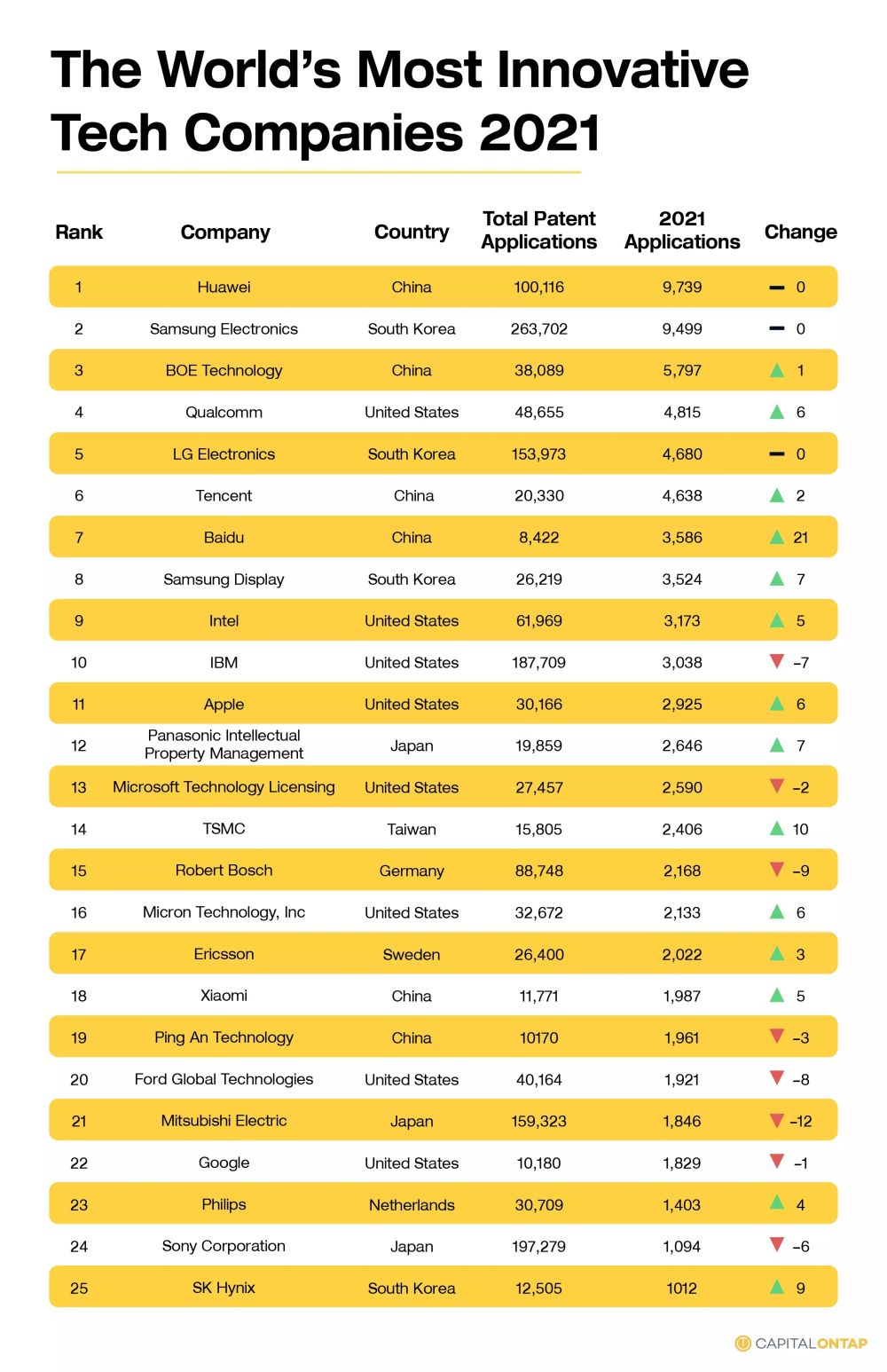