Last updated: August 30th, 2021 at 16:29 UTC+02:00
The wearable market in India is growing, and Q2 was a successful period for the segment, with both the earwear and the wrist wearable segments experiencing massive year-on-year growth. Samsung, unfortunately, isn’t the most dominant brand in India, and the company lost a lot of ground in the earwear segment compared to a year ago.

According to the latest market tracker from IDC, by the end of Q2 2021, India’s wearable market grew 118.2% year-on-year in terms of shipments. Smartwatches are the fastest-growing category with a whopping 469.1% YoY increase, followed by earwear with a 113.1% increase. The wrist band market declined 28.9% YoY.

Samsung is lagging behind its competitors in India

The top 5 smartwatch companies in India in Q2 2021 were Nexxbase, Imagine Marketing, Huami, Fire-Boltt, and Realme. Unfortunately, Samsung couldn’t capture 4.7% or more of the market in Q2 to replace Realme, so it didn’t make it into the top 5 list. Similarly, the three most successful wristband companies were Xiaomi, OnePlus, and Titan.

Fortunately, Samsung was the third-largest earwear brand in India in Q2 2021, though the tracker includes devices from Samsung Electronics as well as Samsung-owned brands like JBL, Harman Kardon, and Infinity. Even so, the Korean tech giant’s earwear market share in Q2 sat at 7.9%, down from 30.4% a year before, but at least it was large enough to secure a podium finish. 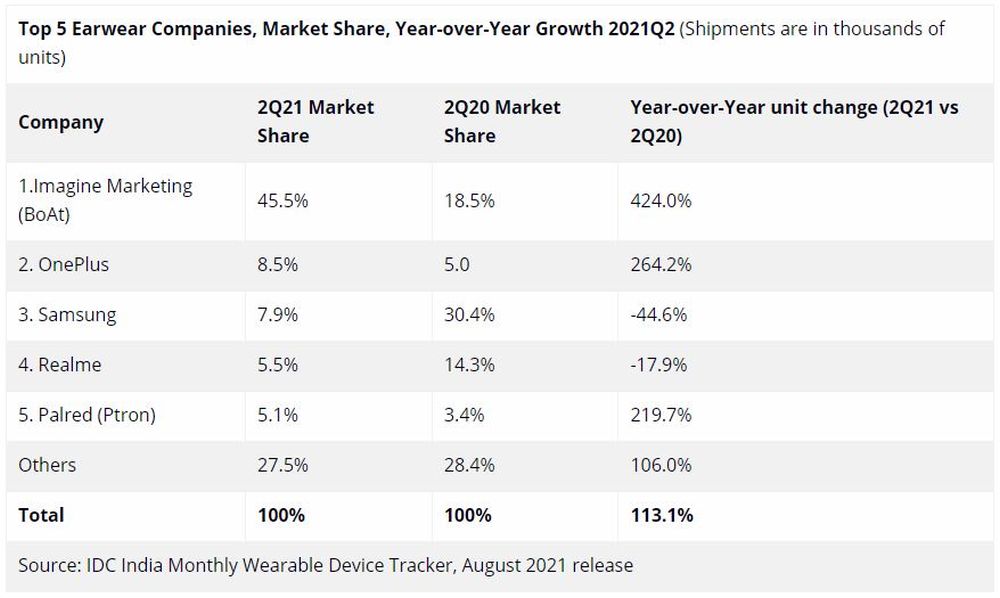 How to enable enhanced safe browsing mode in Google Chrome