The Galaxy Z Flip has always attracted more customers than the Galaxy Z Fold. Last year’s Galaxy Z Flip likely outperformed the larger foldable. The price is one major factor since the clamshell foldable is more affordable. It’s also the form factor and design that makes the device so popular with customers.

Samsung has now started selling the new Galaxy Z Fold 3 and Galaxy Z Flip 3. Both devices are cheaper than their predecessors. Once again it’s the clamshell model that’s seeing more interest from customers.

South Korean media had reported that up until the end of last week, 450,000 pre-orders had been made for both new foldable smartphones combined. The latest reports say that pre-orders in Samsung’s home country alone have crossed 800,000 units.

That’s an incredible response that Samsung is seeing for its new foldables. The company officially confirmed that global pre-order volume for the Galaxy Z Fold 3 and Galaxy Z Flip 3 has now crossed its total foldable smartphone sales so far.

A lot of people expected the Galaxy Z Fold 3 to be the best-selling model this year. It really is one of the best Samsung phones we’ve seen so far.

Samsung didn’t release a new Galaxy Note in 2021 and this foldable device supports the S Pen. The expectation was that some of that customer base would inevitably buy the larger foldable.

They might very well be the case but seeing how Samsung nailed the pricing on the Galaxy Z Flip 3, it’s no surprise that this model is outselling its larger sibling. The latest report points out that of the 800,000 pre-orders made in South Korea, 60% were for the Galaxy Z Flip 3.

We have already highlighted how Samsung has broken a key psychological price barrier for the Galaxy Z Flip 3. At $999, the price point is appealing enough to make a lot of new customers buy their first foldable smartphone.

Combine that with its stunning looks and powerful features, it’s no wonder that people can’t get enough of the Galaxy Z Flip 3. 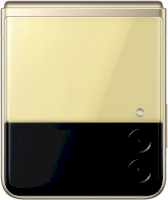 How to watch season 18 of The Bachelorette online from anywhere