Last updated: September 29th, 2021 at 10:55 UTC+02:00
The Galaxy S22 series could be unveiled in January 2022. However, months ahead of its release, the phone’s design and almost all of its specifications have been leaked. The Galaxy S22’s battery capacity was reported two weeks ago, and now, the battery capacity has been confirmed.

A Samsung battery with model number EB-BS901ABY has been certified by the South Korean certification agency. Going by its model number, it will be used in the Galaxy S22, which has model number SM-S901B. The battery has a rated capacity of 3,590mAh, and its typical capacity is 3,700mAh. This is a 300mAh downgrade compared to the Galaxy S21’s 4,000mAh battery.

The upcoming high-end smartphone could have a 10MP selfie camera at the front and a 50MP+12MP+10MP triple-camera setup at the rear. It is expected to feature an in-display fingerprint reader, stereo speakers, an IP68 rating, and wireless charging. The Galaxy S22 will be restricted to 25W fast charging, while the Galaxy S22+ and the Galaxy S22 Ultra will be upgraded to 45W. 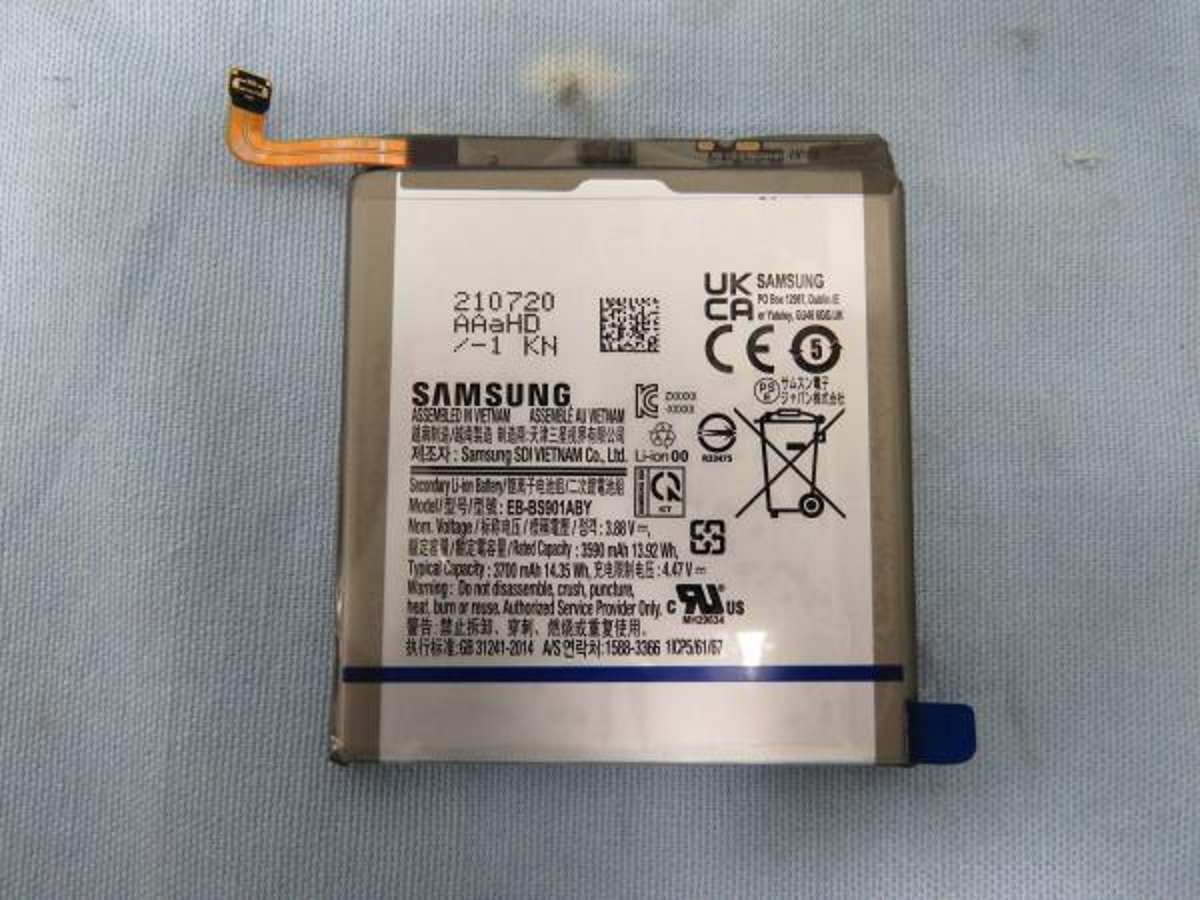