Last updated: August 30th, 2021 at 10:42 UTC+02:00
The Galaxy S21 FE could be unveiled as soon as next week. After the impressive show from the Galaxy S20 FE last year, many consumers have been waiting for the Galaxy S21 FE. It was revealed earlier that the phone might only come in one variant with the Snapdragon 888 processor. However, one report had claimed that there might be an Exynos version of the phone, and that claim seems to be true.

A new version of the Galaxy S21 FE has appeared in Geekbench’s database. It bears model number SM-G990E and seems to feature the Exynos 2100 processor and 8GB of RAM. The phone scored 1,084 points in Geekbench 5.1’s single-core CPU test and 3,316 points in the multi-core CPU test. While tests have shown that the Exynos 2100 is still not as good a performer as the Snapdragon 888, the Exynos variant of the Galaxy S21 FE seems to be performing similarly to the Snapdragon version (at least in CPU-bound tests).

The Exynos 990 was a poor performer compared to the Snapdragon 865. Hence, the presence of an Exynos chip inside the Galaxy S21 FE might make consumers sad. Some Asian and European markets might get the Exynos version of the phone, while others will get the Snapdragon variant.

The Galaxy S21 FE features a 6.5-inch Super AMOLED Infinity-O display with an in-display fingerprint reader and a 120Hz refresh rate. It has a 32MP selfie camera and a 12MP triple-camera setup on the rear. It runs Android 11 out of the box. The phone has stereo speakers, an IP67 rating, and a 4,500mAh battery with 25W fast charging and wireless charging. 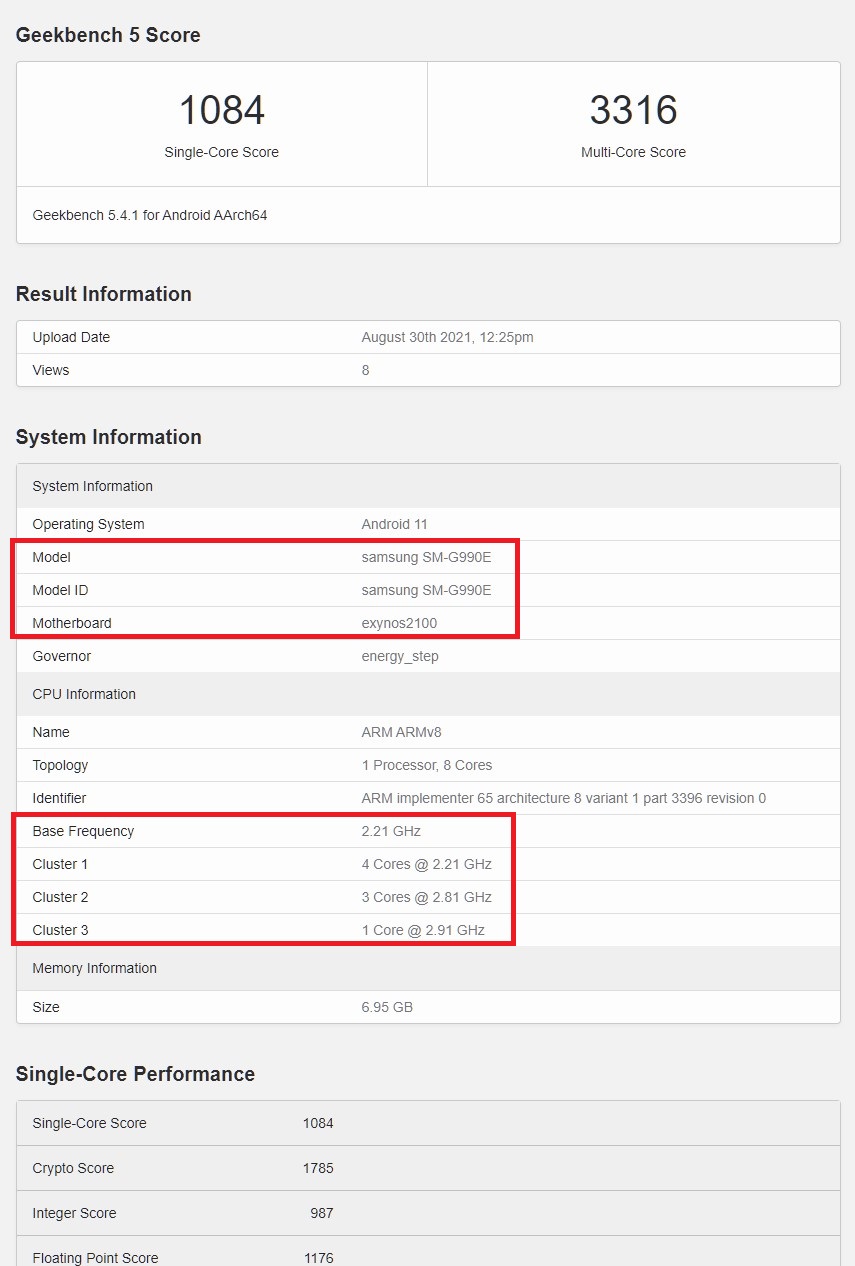 Xiaomi has sold over 240 million Redmi Note phones globally, will soon have 10,000 stores