The Galaxy M12 will be launched in India on March 11, 2021, at 12 PM, and it will be available for purchase via Amazon.in. The Galaxy M12 features a 6.5-inch PLS TFT LCD screen with HD+ resolution and a 90Hz refresh rate. It is the company’s second non-flagship smartphone with a high-refresh-rate display.

The Galaxy M12 also features an 8nm Exynos 850 processor, 4GB RAM, and 64GB internal storage. It will be interesting to see if the phone’s Exynos 850 processor can actually handle the 90Hz refresh rate screen because our testing found that the chipset is quite weak. It also features a microSD card slot and a side-mounted fingerprint reader. The phone runs Android 11 (with One UI 3.x) out of the box. 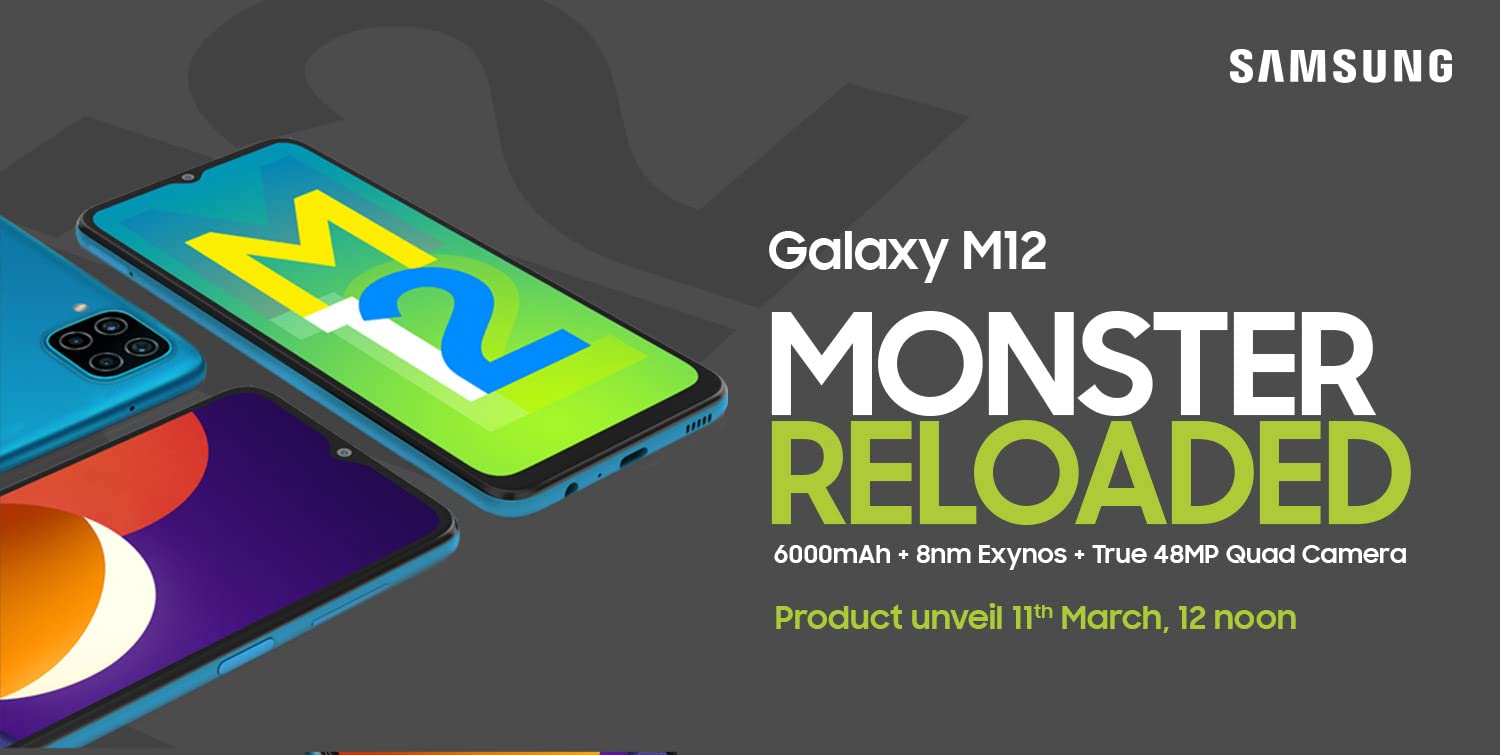 At the front, the Galaxy M12 has an 8MP selfie camera. The smartphone has a quad-camera setup at the rear, featuring a 48MP ISOCELL Plus primary camera sensor, a 5MP ultrawide camera, a 2MP depth sensor, and a 2MP macro sensor. Samsung has equipped the Galaxy M12 with a massive, 6,000mAh battery, which can be fast-charged at 15W. It has a dual-SIM card slot, GPS, Wi-Fi b/g/n, a USB-C port, and a 3.5mm headphone jack. The phone could be launched in three colors: black, blue, and green.