The Galaxy A8x series is seemingly here to stay, as a new addition to this small family of devices is in the works under the Galaxy A82 5G moniker. We’ve known this for about a month now, but today the mysterious device was seemingly benchmarked online on the Geekbench platform, revealing a few more details about the hardware and software.

According to the benchmark, the upcoming Galaxy A82 5G is equipped with Qualcomm’s two-year-old flagship-grade chipset – the Snapdragon 855. It’s the same chipset that was employed by Samsung’s first non-flagship Galaxy phone to support 5G — the Galaxy A90 5G. The SoC is paired with 6GB of RAM and the device runs Android 11, so we’re guessing it will ship with One UI 3.1 out of the box.

The benchmark has identified the Galaxy A82 5G by model number SM-A826S, which suggests this is a Korean variant, but of course, the phone is expected to arrive in other markets as well. It probably won’t see a very wide release if it will boast a unique and costly mechanized camera setup similar to the Galaxy A80, but no details on the phone’s design have emerged thus far.

The Galaxy A80, as interesting as it was in concept, hasn’t been very successful, so there is a chance that Samsung will make drastic design changes for the Galaxy A82 5G to ensure that it will be desirable. We’ll keep you posted as soon as we find out more. Until then, let us know if you think Samsung should continue on the path of pop-up cameras and evolve the Galaxy A80 design, or start from scratch with a more conventional form factor for the sequel. 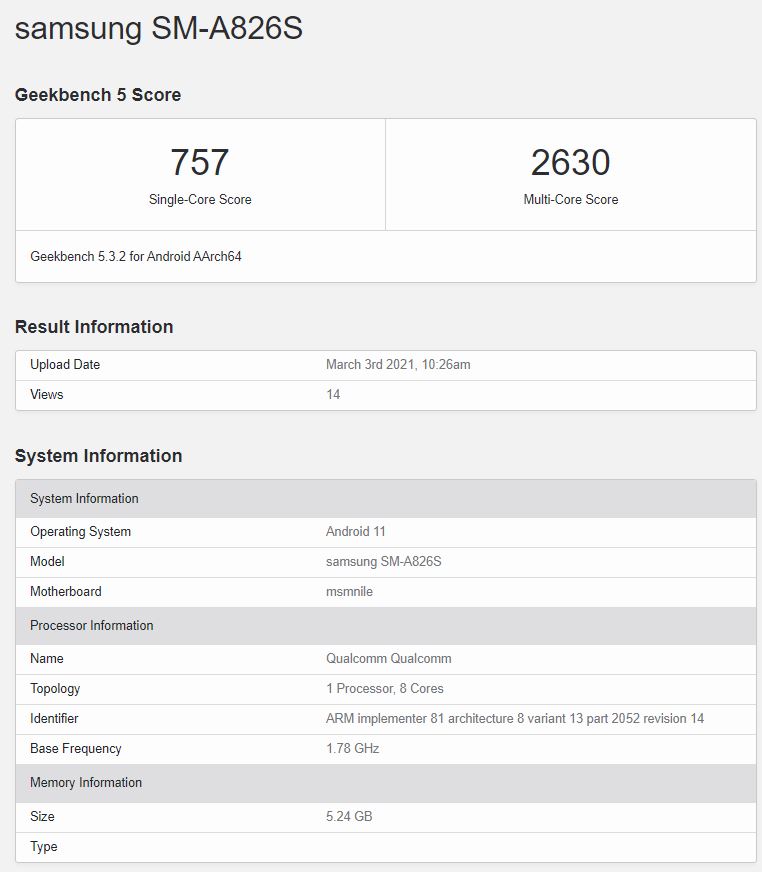 Pikmin Bloom, the latest from Niantic, to begin rolling out to Android users today