Could this be the Galaxy Note Fold? New patent stokes old wounds

Last updated: September 21st, 2021 at 13:00 UTC+02:00
Just as we thought we got over the fact that a new Galaxy Note generation isn’t happening this year, a newly surfaced design patent stoked some old wounds. Meet what Samsung itself is calling the “Galaxy Flex Note” – a foldable reimagining of the iconic smartphone series.

The concept depicted below marks several departures from the company’s current foldable designs. Most notably, while its physical footprint seems comparable to the Galaxy Z Fold 3, the device features only a single, outward-folding display. Assuming Samsung could pull this off, the change might be a real game-changer, no pun intended. Namely, a single-screen foldable would likely help keep key component costs low. Both in terms of display and camera hardware. Given enough time for the economies of scale to come into effect, of course. 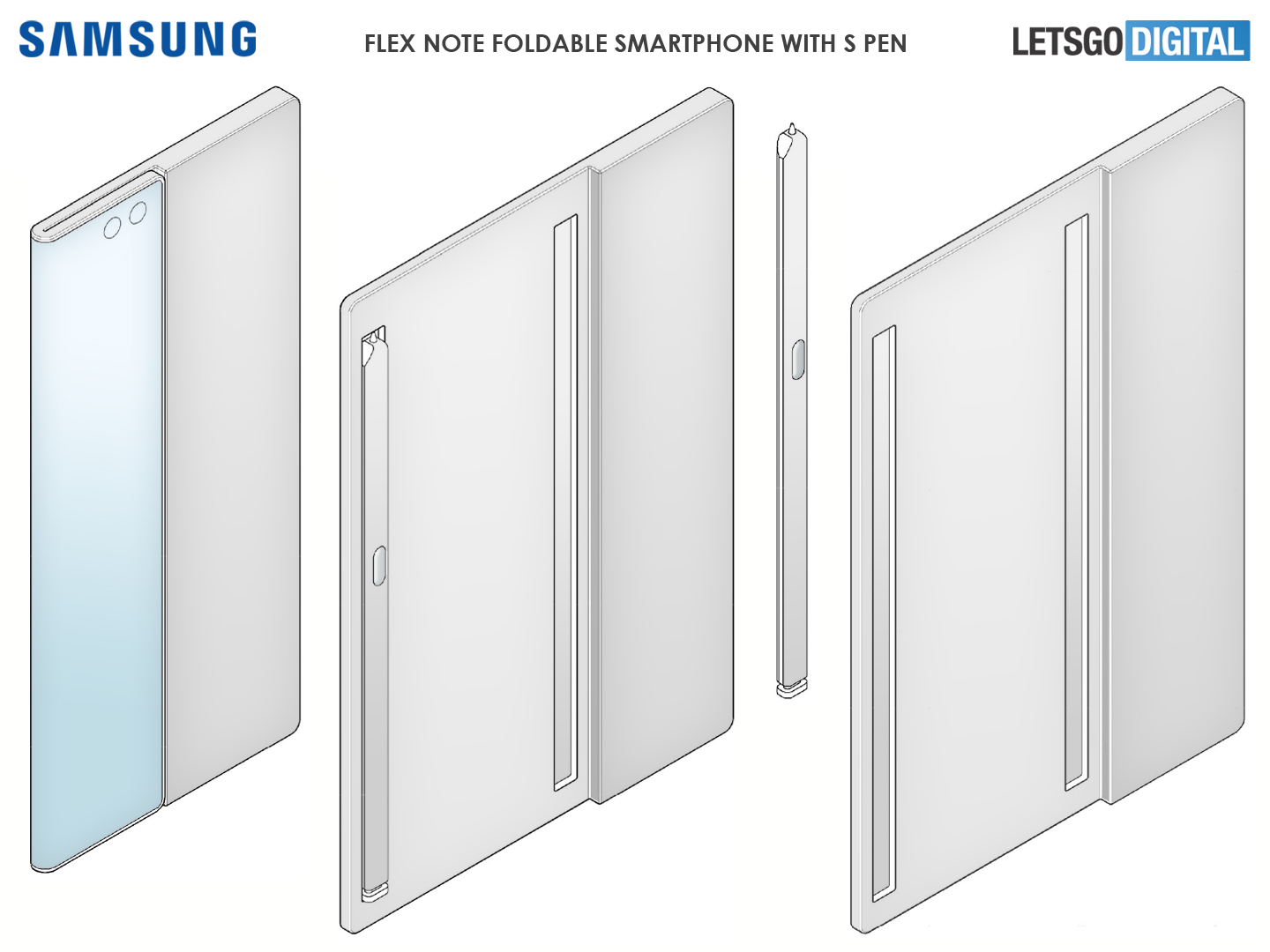 This is unmistakably a Galaxy Note, but will it ever materialize?

Another unique feature of the design has to do with its purported S Pen slot, as the ejection mechanism of the traditional Galaxy Note designs makes way for a back-mounted slot. One sitting in the crease protected by the aforementioned foldable display.

Samsung originally filed to register this design over a year ago, back in April of 2020. Half a year later, the Korean company submitted a near-identical IP filing in China. Naturally, there’s no telling whether any of this ever amounts to an actual commercial product. But there’s hope, which is all we can cling on to, at this point.

In related news, while the fate of the Galaxy Note series remains uncertain, another member of the stylus-centric line has just been retired earlier this month.