Last updated: September 9th, 2021 at 10:52 UTC+02:00
Last year, Samsung became the first Android OEM to commit to three Android OS updates and four years of security updates for some of its smartphones. This year, Google, OnePlus, OPPO, and Vivo also promised to support their smartphones for four years. Now, another Chinese smartphone brand has announced a similar software support policy.

Xiaomi, the world’s biggest smartphone brand, has announced that its upcoming high-end smartphones will get three Android OS updates and security patches for four years. The company will launch its newest high-end phones—11T and 11T Pro—on September 15, and they will be the first phones to get four years of updates. They will launch with Android 11 onboard and will get the Android 14 update in the future.

Unlike Samsung, Xiaomi has still not promised the same software update policy for its older smartphones, which means that the Mi 11 Ultra may not get Android OS updates for three years. The company said that it would “also evaluate the possibility of bringing the extended Android system and security upgrades services to more Xiaomi devices.”

After becoming the world’s biggest smartphone brand, Xiaomi is eyeing the premium market with devices like the Mi 11 Ultra and the Xiaomi MIX 4. Its new software update policy could play a huge role in attracting buyers in the high-end space, especially in Europe (and maybe in the US in the future). However, only time will tell if longer support also translates to fewer buggy updates.

With more brands committing to longer software support, Samsung needs to do something better. It recently announced that it will remove ads and promoted content from its stock apps. The company also improved its stock apps with One UI 3.1.1 to take full advantage of bigger and foldable screens on devices like the Galaxy Z Fold 3. 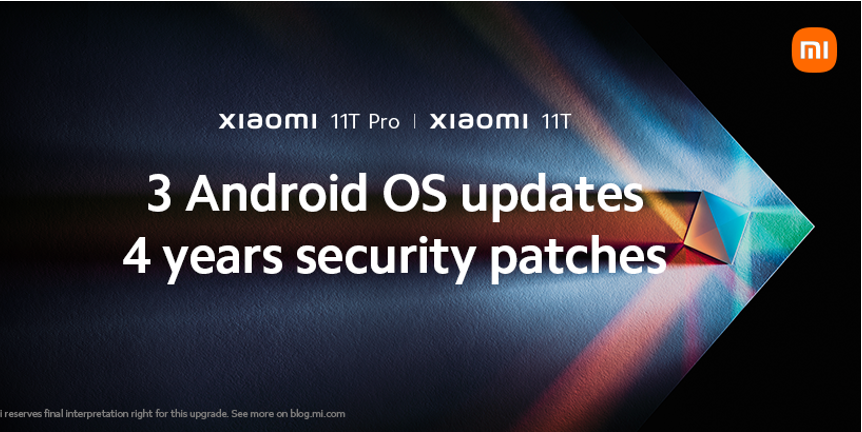 How to use the dynamic theme on Android 12