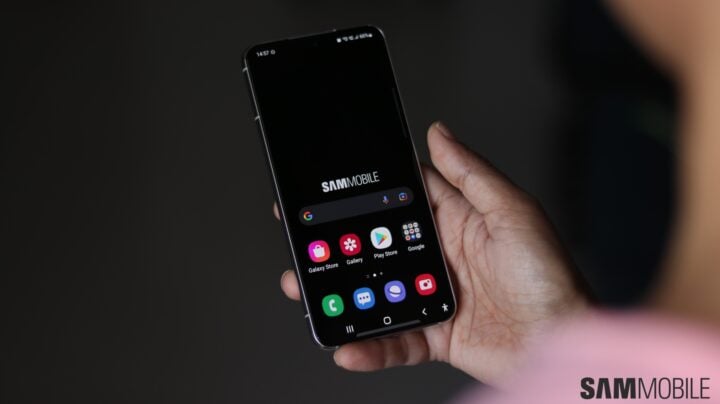 Last updated: September 23rd, 2022 at 16:51 UTC+02:00
Samsung’s One UI 5.0 beta firmware has had some issues with slow user interface animations. And although the most recent third One UI 5.0 beta update for the Galaxy S22 lineup appears to have fixed the slow response, the company used a bit of trickery to fool the user’s eyes.

Samsung appears to have cut down on animation frames to obtain a quicker UI response. Although the missing frames aren’t too noticeable during normal use, they become very apparent in slow motion, as demonstrated in a short slow-mo video by @IceUniverse on Twitter (see below).

One UI 5.0 needs better animations before the testing phase concludes

This appears to be more of a temporary fix than a permanent solution for the delayed animations in One UI 5.0 beta. We’re hoping that the problem will be dealt with in its entirety once the One UI 5.0 firmware exits the beta stages and reaches the Galaxy S22 series through its first public release. Do keep in mind that beta firmware is not final and can be improved across different areas, from functionality to design and eye-candy elements.

Samsung rolled out the third One UI 5.0 beta firmware for the Galaxy S22 lineup earlier this week. It first landed on the Exynos variants, but Snapdragon models are now getting the update as well. The Galaxy S21 has also received its second One UI 5.0 beta firmware with a similar changelog as the third release for the 2022 flagship series. This could indicate that Samsung is nearing the finish line for the beta program, but there’s still time for the company to fix these animation issues. We’ll have to wait and see.

Thankfully, the latest One UI 5.0 beta build brings a handful of other exciting changes to help us forget about these lacking UI animations. The lock screen is now a whole lot more customizable, and users can choose to make third-party app icons follow the system-wide color scheme. There are also some improvements to Gallery, so make sure to check out our recent One UI 5.0 beta hands-on video for a more in-depth look if you haven’t already.

By malkitrataulSeptember 23, 2022UncategorizedComment on One UI 5.0 still needs some work on animations after the third beta release