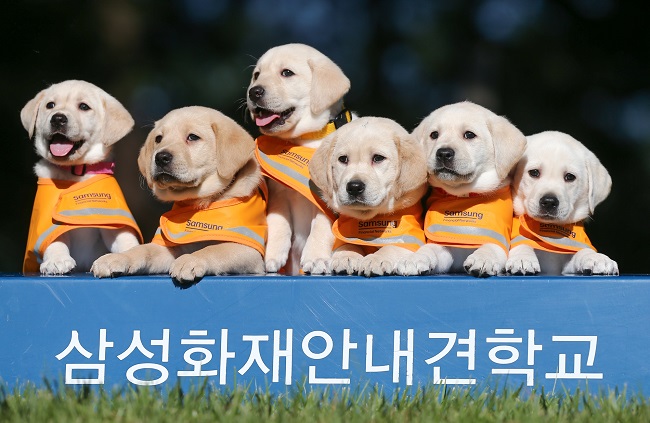 Last updated: September 22nd, 2022 at 18:27 UTC+02:00
Samsung Group has a hand in almost every corner of the market, from smartphones and TVs to medicine and cargo ships. Galaxy smartphone users aren’t generally aware of the company’s reach, but Samsung is a conglomerate that makes a lot of technological advancements possible in and outside of South Korea.

However, not everything Samsung does relates to modern technologies, and most customers are probably unaware that Samsung Group trains guide dogs for visually-impaired people. Samsung leads the only guide dog training institution in South Korea to have been certified by the International Guide Dog Federation in Britain.

At the same time, the company’s Guide Dog School also held a retirement ceremony for six guide dogs, all of which have served their partners for six-to-eight years. With their jobs completed, the six retired dogs can now enjoy life as responsibility-free pets. Way to go, Samsung!