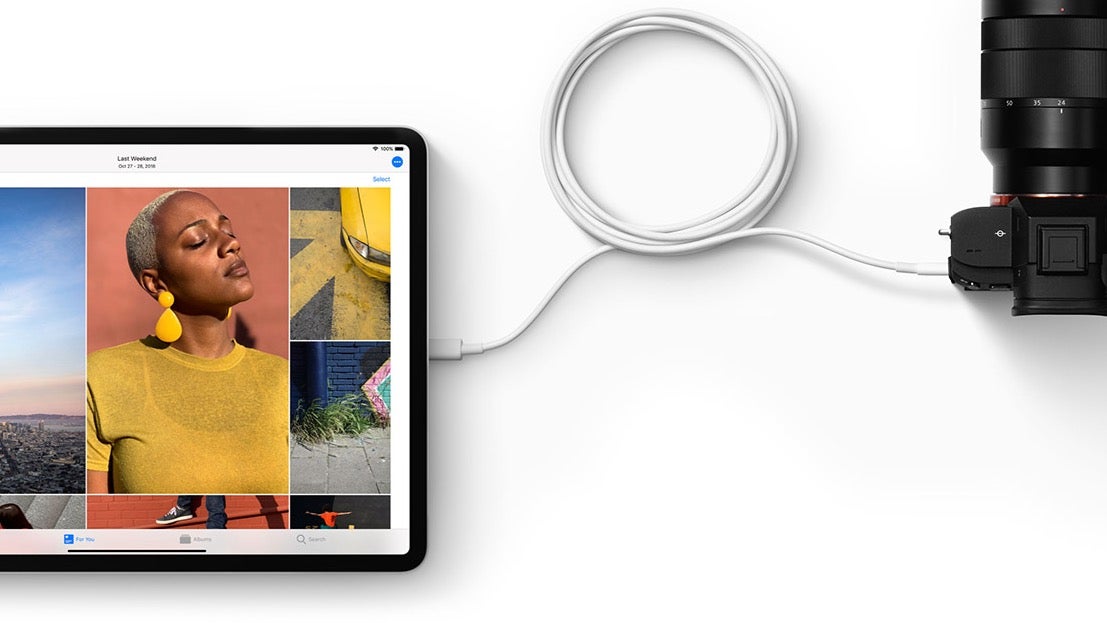 The iPhone 15 Pro could support the super-fast Thunderbolt 4 connection standard, according to a fresh tip.

We’ve already heard a whole bunch of rumours suggesting that the iPhone 15 family will finally make the switch from Apple’s creaky old Lightning connector to the far superior USB-C standard. However, a fresh tip suggests that the iPhone 15 Pro and the rumoured iPhone 15 Ultra will go even further.

According to LeaksApplePro, while the whole iPhone 15 line will make the switch to USB-C, the top models will support the Thunderbolt 4 standard.

Avid laptop top users will be well familiar with the tendency for high-end laptop manufacturers to make at least one of the USB-C ports extra special. Thunderbolt 4 ports look identical to your average USB-C port, but have much higher bandwidth for much higher data transfer speeds.

Why might you need such super-fast physical transfer speeds on an iPhone, you ask? With Apple constantly increasing the quality and sophistication of its iPhone cameras, there are some seriously hefty 4K video files being created, even taking into account Apple’s efficient ProRes codec. Those take a prohibitively long time to transfer over the existing Lightning standard.

Besides its MacBooks, Apple has already made the switch to full Thunderbolt 4 with the 2021 iPad Pro. Such a switch with its pro-focused smartphone line-up really isn’t so outlandish.

While Apple will doubtless position its belated switch to USB-C and Thunderbolt 4 with the iPhone 15 Pro on performance grounds, it’s also been receiving heavy pressure from various countries and institutions to make the move. The likes of the EU have been seeking to force Apple to make the switch on environmental and consumer-friendly grounds.