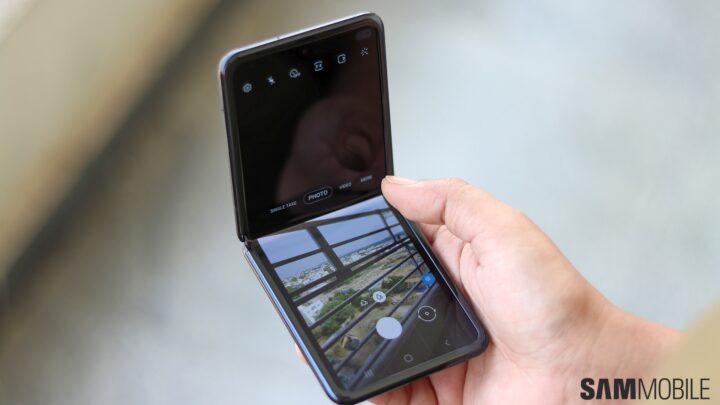 Last updated: September 21st, 2022 at 18:00 UTC+02:00
Samsung is rolling out a new update for the original Galaxy Z Flip in the United States. And as revealed by the firmware number earlier today, the update includes more than just the September 2022 security patch. The official changelog is now up, and we’re looking at a pretty big update to One UI 4.1.1.

Indeed, the latest One UI version available to the public (not counting version 5.0 beta) is now coming to the original, unlocked Galaxy Z Flip in the USA, and it brings several features that debuted with the brand-new Galaxy Z Flip 4.

First on the list is a new addition to Flex Mode that allows PC-style touch controls on the original Flip when the device is partially folded. And speaking of productivity, the One UI 4.1.1 update adds new gestures for Multi-Window and Pop-Up View.

Z Flip customers can now set different call backgrounds for each contact. They can also use Bixby text and object recognition capabilities in apps like Gallery and Camera, along with a more powerful My Files app with better search capabilities based on file names and information inside the files.

Samsung Keyboard also got a few improvements with the release of One UI 4.1.1 and now allows Z Flip users to easily rearrange buttons for emojis, stickers, and more. The spacebar is now customizable too.

Galaxy Z Flip customers in the USA can download the new update via the Settings app on their phone. The new software carries firmware number F700USQU5GVHA. Alternatively, you can visit the firmware section on our webiste to download and install the update manually.

By malkitrataulSeptember 21, 2022UncategorizedComment on One UI 4.1.1 update is now live for original Galaxy Z Flip in the USA