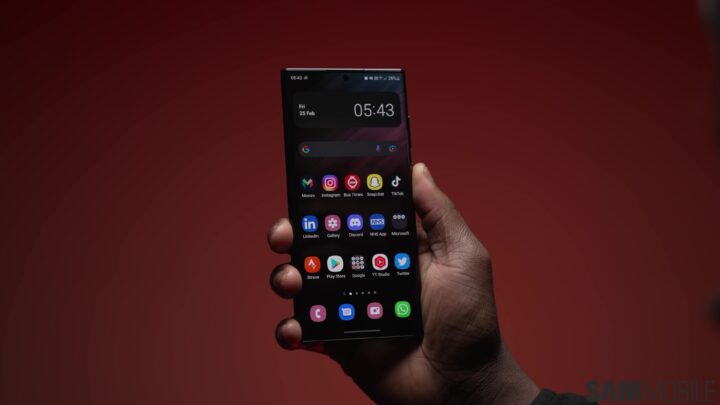 For as long as we can remember, Samsung has shipped two iterations of its flagship smartphone. A select few countries get the Qualcomm Snapdragon chipset whereas the rest of the world gets the equivalent Exynos chipset.

We saw this most recently with the Galaxy S22 series that was split across the Snapdragon 8 Gen 1 and Exynos 2200 processors. It has been evident for the past few years that the Exynos chipset can’t quite match its Snapdragon counterpart. So while hopes emerged that this trend may be ending next year, a new rumor suggests otherwise.

There have already been plenty of rumors that Samsung will only ship the Galaxy S23 series with next year’s Qualcomm Snapdragon chipset. That may have partly been due to Samsung’s yield issues and partly due to the future of the Exynos project being in doubt.

Some wild rumors also claimed that Samsung is going back to the drawing board for its Exynos project and that it would be a couple of years before it launches another flagship chipset. While that hasn’t been confirmed, Qualcomm recently made an interesting announcement regarding future Galaxy smartphones.

Qualcomm confirmed that Samsung will exclusively use Snapdragon processors for its flagship Galaxy phones starting next year. This meant that the entire Galaxy S23 series would only be powered by the latest Snapdragon chipset for 2023. However, there’s a chance now that this may not be the case. A new rumor has claimed that the Exynos 2300 chipset is now in development at Samsung. It’s also claimed that the Galaxy S23 series will ship in some parts with the Exynos 2300.

Perhaps the ratio might still be in Qualcomm’s favor. An earlier report revealed that almost 70% of Galaxy S22 units use the Snapdragon 8 Gen 1 while only 30% come with the Exynos 2200. It’s entirely possible that the Snapdragon may account for more than 70% of the Galaxy S23 shipments, but it begs the question, what’s the fault of the remaining percentage of customers?

Customers in markets where Samsung supplies the Exynos variants have always felt that they have received the short end of the stick. They’re paying the same price for a device that’s effectively not performing at a similar level compared to that exact same device being sold in another part of the world. That’s not entirely fair to the customer, particularly when you consider the fact that this issue doesn’t exist with other major flagships like the iPhone.

The Exynos 2200’s poor showing on this year’s flagship series made it abundantly clear that something has to give. Customers are done with this and now want to be treated equally to customers in the Snapdragon markets. The Galaxy S23 lineup appeared as a ray of hope, in that it might finally end this discrepancy.

For Samsung to resurrect the Exynos for its 2023 lineup seems like a joke, given the fact that the Exynos has consistently failed to live up to expectations over the past few years, even more so when it feels possible to ship all units everywhere with the latest Snapdragon chipset from Qualcomm.

The flagship Exynos chipset’s use is already quite limited, even in Samsung’s own lineup. Its flagship smartphones have only used Snapdragon chips ever since the first one was released in 2019. The Galaxy Note series used to have this Exynos/Snapdragon split but that series has been cancelled. It’s only the Galaxy S23 series that gets the high-end Exynos, and Samsung also doesn’t supply the chip to other OEMs.

This begs the question, what’s the point anymore? If the project really does exist, perhaps Samsung should focus more on a complete overhaul of its custom flagship processor program to come out with a truly competitive chipset in the next few years. Dragging the Exynos brand along simply for the sake of it isn’t necessary and its customers shouldn’t have to pay the price for it.

By malkitrataulSeptember 20, 2022UncategorizedComment on Exynos Galaxy S23 is a joke Samsung should not play on its customers