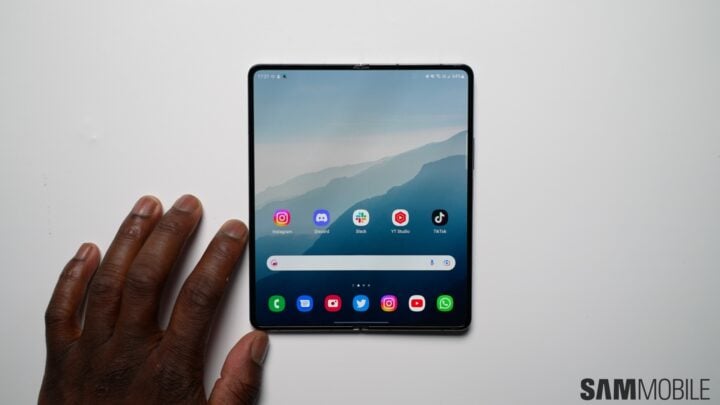 Last updated: September 17th, 2022 at 12:22 UTC+02:00
Samsung has made it a habit of providing the best deals on its products directly through its online store. Not long after Amazon reduced the price of its latest foldable smartphone by $200, Samsung has come out with one of the best Galaxy Z Fold 4 deals that you can find right now.

With its latest Galaxy Z Fold 4 deal, the company is providing customers with an excellent incentive to buy the device directly from Samsung.com. It’s great to see that Samsung continues to offer great deals on such an expensive device.

The best Galaxy Z Fold 4 deal is available from Samsung

Samsung has matched Amazon’s price cut, so you can buy the Galaxy Z Fold 4 from its online store for $200 less than the full price. However, the incentives don’t end here. The company is also giving customers a free memory upgrade.

Instead of getting the 256GB model for $1,599, customers will pay the same amount of money but get the 512GB model instead. Since the Galaxy Z Fold 4 doesn’t have a microSD card slot, this free memory upgrade happens to be an excellent incentive.

Samsung isn’t done yet. The company is also offering customers a free Standing cover with S Pen. Since the Galaxy Z Fold 4’s internal display supports the stylus, this deal provides exceptional value as the S Pen otherwise needs to be purchased separately since the device doesn’t ship with one.

By malkitrataulSeptember 17, 2022UncategorizedComment on Samsung is offering the best Galaxy Z Fold 4 deal you can find right now