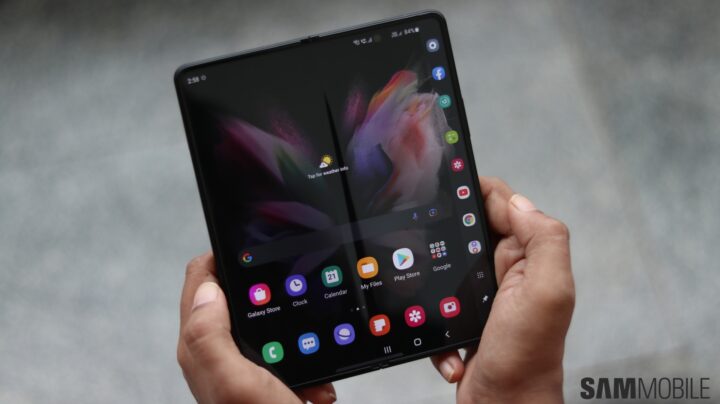 A group of Polish Samsung customers is reportedly seeking to file a class action lawsuit against the company on account of the durability of its foldable phones. More than 1,100 Samsung Galaxy Fold and Flip series customers in Poland have brought their complaints to a Facebook group, where they shared the experiences they’ve had with Samsung’s customer support and repair services. Most aren’t very happy.

Samsung foldable phone customers in Poland are facing a couple of problems. The first is that, in time, the protective film atop the foldable display can deteriorate. The second is that, according to some customers, Samsung’s repair centers aren’t very willing to take responsibility and offer a helping hand unless pressured through negative social media posts.

As we reported earlier this year, customers in other smaller markets, like the Netherlands, have also experienced similar issues with Samsung foldable phones. More specifically, Samsung’s repair centers can take days to repair a foldable device under warranty, and they don’t offer a replacement. The process also requires customers to factory reset their devices, and third-party retailers had to take matters into their own hands to keep consumers happy.

Samsung has improved the durability of its foldable displays with every generation, but the panels are still more vulnerable than the average glass-covered rigid screen. And even with the recent improvements, problems can occur, and customers might get a bad batch.

A Samsung spokesperson for Poland said that if the protective foil atop the foldable display gets detached or damaged, “we ask customers to immediately go to one of our authorized service centers and replace it free of charge under and during the warranty period.”

According to Instalki, citing the aforementioned Facebook group, some Samsung customers in Poland did get a free display replacement under warranty on relatively short notice. However, others weren’t as lucky and got denied. Whether they were denied free repairs because they removed the protective film themselves is unclear. But it is worth noting that Samsung offers only a one-year warranty, and buyers of older Galaxy foldable phones are not happy, especially since they’ve spent more than $1,000 (or closer to $2,000) on their devices.

Nevertheless, even customers who were able to get their foldable phones repaired for free under warranty said that the whole experience left a bad taste. They’ve become much more aware of the vulnerability of these foldable phones, and some users are looking to sell them, fearing that they’ll break again.

Samsung has sold millions of foldable phones since 2019, and most customers are seemingly happy with their decision to join this emerging smartphone segment. However, the more foldable phones Samsung sells, the more complaints seem to pile up in regard to the resilience of the foldable panels. Sometimes it’s due to user error. Others, it’s because the protective film got removed deliberately. But there are also cases when customers got unlucky, and even though they took good care of their foldable devices, they experienced hardware failures.

Time will tell if Samsung will be hit with a class action lawsuit in Poland. Either way, the company may have to do better than this if it wants half of its flagship phones sold by 2025 to be foldable. Durability appears to have remained one of the company’s primary concerns for now, which means that future foldable models should have fewer issues.

By malkitrataulSeptember 16, 2022UncategorizedComment on Unhappy foldable phone customers in Poland might sue Samsung