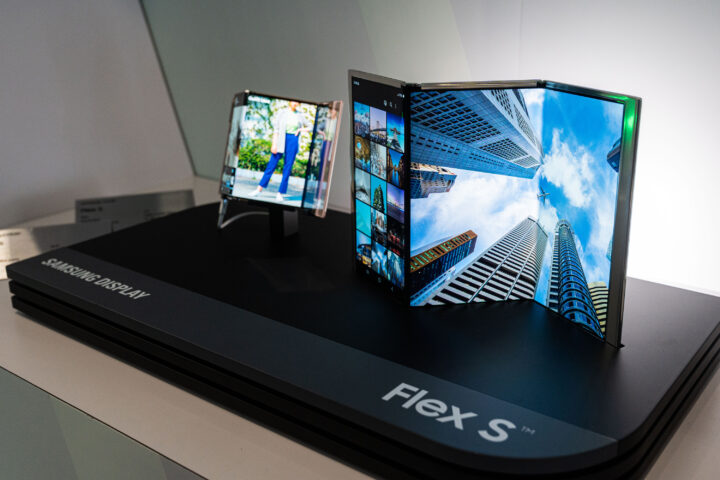 Tablets have long been presented to us as the ultimate laptop replacement. Almost all major manufacturers have tried their hand at them. Some continue to do so while others have decided that it was no longer worth the effort to make new tablets. It has since become abundantly clear that the idea that was sold to customers originally hasn’t come to fruition.

This idea gathered steam as more and more of us began to rely on online services to get work done. For example, you no longer need to have Microsoft’s entire productivity suite installed on your computer. You could just use the online versions instead. Similarly, you could just use Google Docs.

That’s one of the reasons why Google’s Chromebook project took off. The company realized that it could cater to customers who didn’t want to spend a lot of money on a laptop. Since it already provided most of the services that people relied on to take their work online, it just needed to offer a device that made it super easy to tap into that ecosystem. It’s been a success. Chromebooks are quite popular, particularly in the education sector.

Despite this monumental shift in the way we work, the same hasn’t materialized for tablets. Yes, tablets are great for casual internet browsing or binging Netflix, but when is the last time you had some really important work to do and you thought, let me just whip out my tablet. For the most part, the industry has settled on the realization that tablets can’t ever be a true replacement for the laptop, so there’s no use in trying to market them as such.

The idea then becomes to market these as a sort of companion device to your laptop, at least as far as flagship Android tablets are concerned. Samsung does this best with Android tablets. The company’s Galaxy Tab S8 Ultra is the most bonkers feature-packed high-end Android tablet on the market. Once you buy it with the keyboard case, it costs more than most high-end laptops.

It goes without saying that the mid-range and entry-level tablets are not meant for anything other than entertainment. These are great devices for when you just want to kick back and relax with your favorite movie, browse the internet or go down YouTube rabbit holes.

While we have seen considerable advancement in smartphones over the past decade, tablets seem to be stuck in the past. One can say that they’ve now become a bit boring. Something needs to be done to make tablets exciting again. As Samsung pushes the world to adopt foldables as the future of smartphones, it should also lead the way in reinventing the tablet as we know it.

The company can capitalize on the incredible things that Samsung Display is doing to present tablets to the world in a new light. Samsung Display has already showcased large foldable panels that could theoretically be used to create foldable tablets. With Samsung possessing patents on bi-folding and even tri-folding designs, there’s a lot of material at the conglomerate that it can dip into to come out with what will certainly be one of the most unique tablets we’ve seen in years.

Ultimately, it comes to do whether or not the will to do something like that exists at Samsung. Let’s not forget that it’s a for-profit enterprise. Samsung won’t make a groundbreaking new product that it loses money on just to prove a point. Everybody knows that it has the technology and the capability to build something like that. Whether or not it gets built comes down to a purely business decision.

By malkitrataulSeptember 16, 2022UncategorizedComment on Tablets are boring and Samsung needs to do something about it