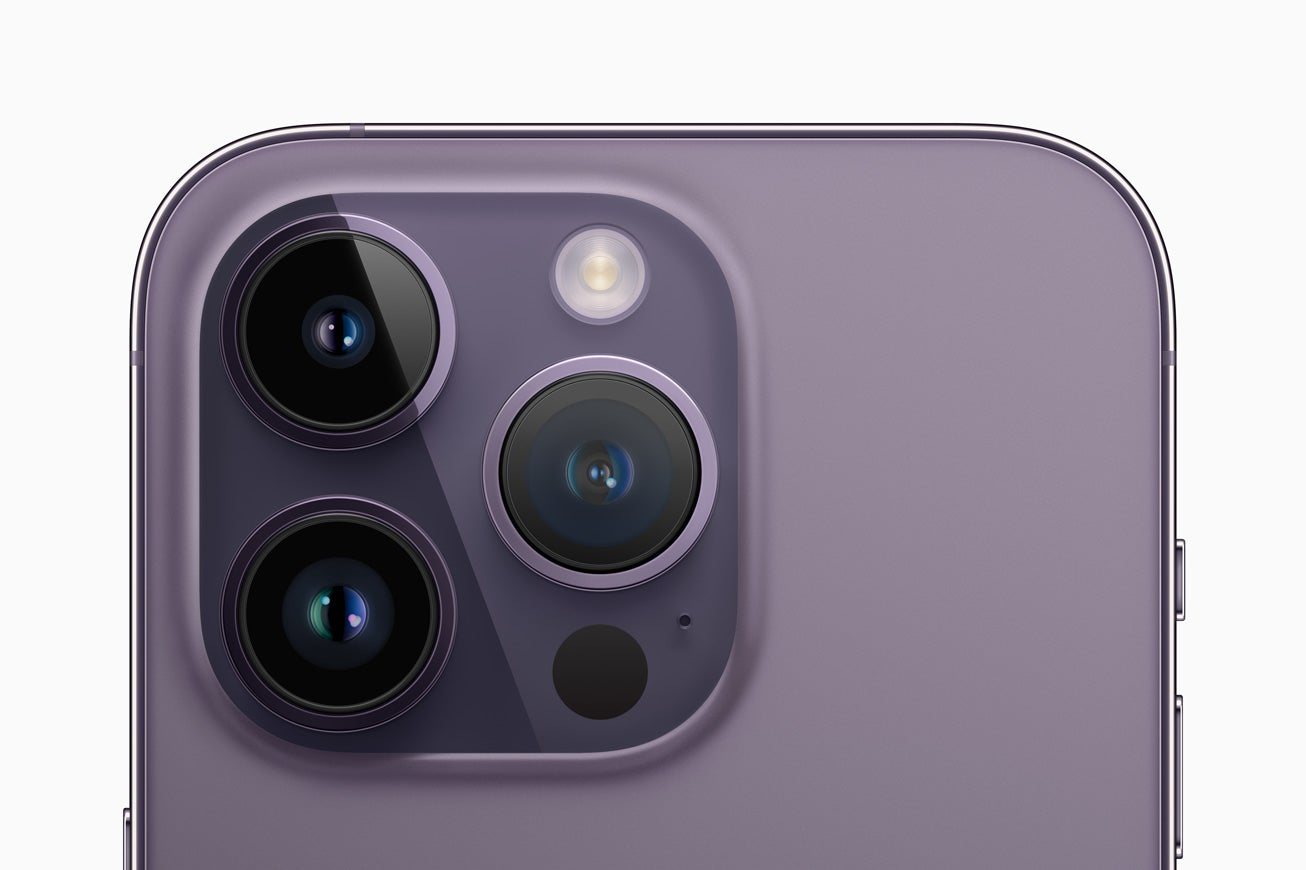 Pixel binning relates to the camera on your handset and can have an impact on the quality of your photos, making it an important thing to look out for when you’re thinking about your next upgrade.

Keep reading to find out all you need to know about pixel binning, including what it is, how it can impact camera performance and where you can find it.

What is pixel binning?

Pixel binning has gained more popularity over recent years due to its ability to increase image quality without the need for larger sensors.

This can lead to images being ruined or blurry by noise in low lighting conditions, meaning that users will struggle to take photos in the dark.

Looking at the various phones in the picture above, we can see that the iPhone 13 Pro and Pixel 6 Pro sport three very large sensors, which allows them to take high-quality pictures in low light.

However, smartphone cameras that have smaller sensors are still capable of taking high-quality photos thanks to pixel binning. It allows a smartphone to collect data from multiple adjacent pixels and combine them into one larger pixel, leaving you with larger pixels that can capture more light without the manufacturer needing to install a large sensor.

The aim of pixel binning is to produce better quality images with reduced noise, even in low-light conditions and at night.

On the other hand, this means that you may not be getting the megapixels you thought you signed up for when you buy the phone. This is because the process of pixel binning requires a number of small pixels to be merged together into one larger pixel, meaning that the resulting shot could have a quarter or less of the sensor’s megapixels.

For example, if you’re using a phone with a 48-megapixel sensor and pixel binning divides the pixel count by four, you may be left with a shot made up of only 12 megapixels.

Despite this, the resulting shots will likely be better quality than those taken with a standard 12MP camera phone with a smaller sensor. And since pixel binning is ideal to use in low light conditions, it may result in a better picture than the 48MP sensor would be capable of on its own, in certain environments.

Many phones that do feature pixel binning do allow users to turn it off and shoot with all the megapixels available, which may be best in well-lit environments. On the other hand, we have often found that this can give worse results, along with taking up more space on the device due to the larger file size.

Which phones use pixel binning?

Many phone companies are currently using pixel binning to improve the performance of its cameras. Below, we have listed some of the mobile phones that use the technology.

Pixel binning is featured on a wide variety of devices, from premium phones like the Pixel 6 Pro and iPhone 14 Pro to mid-range devices like the OnePlus 9.

Some brands have also adopted pixel binning on selfie cameras, which usually have either 20MP, 24MP, 32MP or even 44MP sensors. As with the rear camera, many brands do allow users to switch between these modes so users can choose from pixel-binned and full-resolution images.

If you’re looking for a new phone, make sure to check out our guides to the best phones, best Android phones and the best camera phones.

Should I use pixel binning?

Pixel binning is a helpful feature that can improve the quality of images taken in low-light environments. However, pictures taken with pixel binning will not be as consistent as full-resolution images. Plus, it limits the number of megapixels in images and can mean that you’re not getting the most out of your camera.

When looking to upgrade your device you don’t need to avoid smartphones that feature pixel binning, but it’s worth checking if you can toggle the feature on and off. This is so you can experience the benefits of pixel binning in low light while also using every megapixel in your main or front camera.

By malkitrataulSeptember 15, 2022UncategorizedComment on What is pixel binning? The camera tech used on Android phones explained