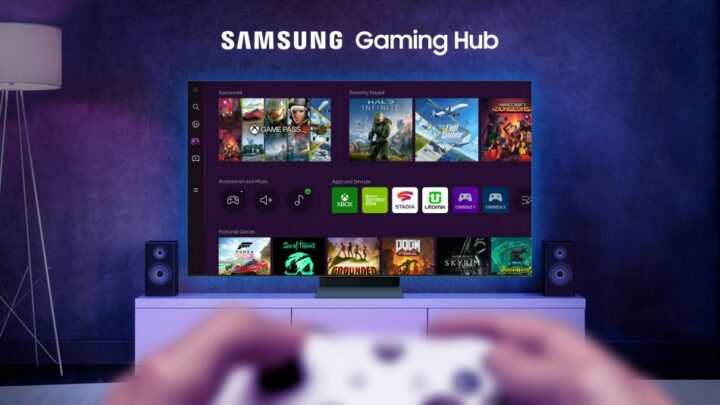 Out of all the products Samsung released this year, Gaming Hub is surprisingly becoming one of my favorites. Even though I never was a true fan of cloud gaming and always preferred running games locally on my own hardware, the ease of access offered by Gaming Hub is to be admired, and so are Samsung’s efforts to collaborate with many of the gaming industry’s main players.

Gaming Hub is becoming a part of the Samsung user experience across numerous TVs and monitors, including the brand-new Odyssey Ark. And with that being said, it’s Samsung, rather than cloud gaming platform developers, who might be the key to popularizing the concept of playing games on remote hardware without requiring a gaming console, a PC, or huge file downloads.

Samsung lets almost everyone find out if they like video games

Gaming Hub is similar to Samsung TV Plus in the sense that it’s becoming ubiquitous. It’s available for countless TVs and gaming monitors released in 2022 (sadly, it’s missing on The Freestyle projector). In markets where it is available, the platform allows even non-gamers to experience high-quality games without investing in hardware or dedicating themselves to video games as a hobby.

Granted, Samsung TV and monitor customers that may want to try Gaming Hub will need a gaming controller and a subscription to one or more cloud-gaming services available through the Gaming Hub. Nevertheless, this is a low barrier to entry compared to buying a console or a gaming PC.

Even though Gaming Hub is not available in my region, it’s becoming one of my favorite Samsung products/platforms of 2022 because it adds so much value and entertainment potential to Samsung’s TVs and monitors for such a low price. Furthermore, it lends more credibility to the whole cloud gaming concept because millions of TV and monitor customers have inevitably been exposed to this idea of remote gaming.

Likewise, Gaming Hub can also be a great asset for casual gamers who may only own a Nintendo Switch console or similar gaming devices that aren’t among one of the three main giants (PC, PlayStation, and Xbox). It can complement anyone’s gaming library without much effort. And looking into the future, I believe that Gaming Hub could also play a role in the Metaverse, assuming that the latter takes flight and becomes more than a buzzword.

In closing, I should point out that I always was an advocate of video game ownership rather than cloud gaming, and I still like playing video games locally, preferably from a physical disk or a cartridge. Nevertheless, the industry has changed, and truth be told, PC gamers were the first to say bye-bye to physical game copies with the rise of the Steam platform. Digital-only versions of the Xbox and the PlayStation have also been released, and it looks like the industry is ready to abandon physical game copies altogether. Cloud gaming might not be the next step after digital-only distribution, but it could become the best starting point for prospective gamers and a great asset for casual gamers.

Gaming Hub makes the idea of cloud gaming a whole lot easier to swallow because there are no strings attached. I view Gaming Hub as an easy first step into gaming for anyone who hasn’t tried this form of entertainment yet, and that’s why I grew to appreciate it. Through its partnerships with Microsoft, Google, Amazon, and others, Samsung may have proven that there is a place for cloud gaming, and that is why Gaming Hub is on its way to becoming one of my favorite Samsung products of the year.

By malkitrataulSeptember 13, 2022UncategorizedComment on Samsung Gaming Hub is becoming one of my favorite products of 2022