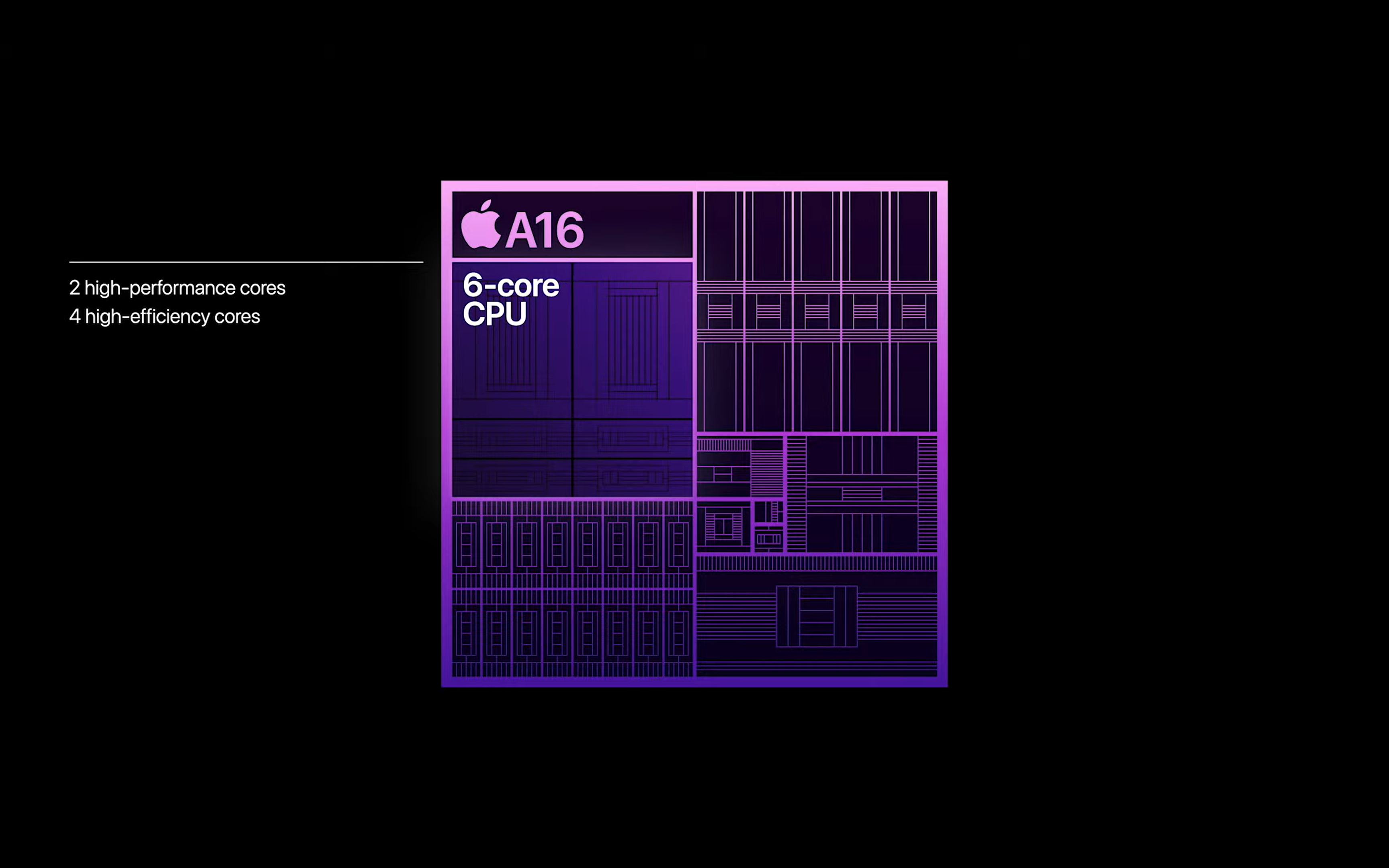 With the announcement of the new iPhone 14 series of phones came the latest Apple Silicon mobile chip, in the form of the A16. But how does it compare to its predecessor?

Apple announced a lot of new devices in its Far Out event, surprising everyone with the new rugged and durable Apple Watch Ultra alongside the Apple Watch Series 8, with the latest pair of AirPods Pro 2, which feature Apple Spatial Audio.

And it looks like the Pro and the Pro Max models will feature the newest Apple Silicon mobile chip, the A16 Bionic, while the vanilla and Plus models of the phone will stick with the A15 Bionic chip from last year.

Here are some of the key differences between the A16 Bionic chip and the A15 Bionic chip.

More transistors than before

The A16 Bionic will pack 16 billion transistors, which is a whole billion more than can be found on the A15.

This suggests that the Pro models of the iPhone 14 should be much faster in terms of processing data since more work can be done in less time, thanks to the extra transistors. In theory, it should be more powerful than its predecessor, making the iPhone 14 Pro and Pro Max more efficient overall.

While the A15 and the A16 both have the same five-core GPU, the A16 has improved upon its predecessor by improving the GPU memory bandwidth by 50%. This should provide a better experience while playing mobile games, as the GPU will be better equipped to deal with heavy workloads.

More memory bandwidth means that watching videos or playing games on the iPhone 14 Pro should be much smoother and faster when compared to the vanilla iPhone 14.

Apple has created a new image signal processor (ISP) that should be able to produce more detailed images than any other iPhone on the market. Within the A16 Bionic chip, the GPU, processor, neural engine and ISP work together and power the quad-pixel sensor.

According to the company, the latest Apple Silicon chip can perform up to four trillion operations per photo. This works alongside the new Photonic Engine, which allows Deep Fusion to happen earlier in the process on uncompressed images, which should preserve more data and allow for brighter and more vibrant photos.

This was not present on the A15 Bionic chip and should provide better quality photos, though we will be sure to put this to the test when we get the devices in for a review.

Apple has claimed that the 6-core CPU on the A16 is faster than its predecessor, though it has not given any definitive stats as of yet.

The A16 and the A15 both have the same setup, featuring four efficieny cores and two performance cores, alongside a five-core GPU and 16-core Neural engine. While we can’t speculate how much faster this CPU is compared to its predecessor, the increased number of transistors will make the CPU run faster overall, which should provide a smoother performance when compared to the A15.

By malkitrataulSeptember 7, 2022UncategorizedComment on Apple A16 Bionic vs Apple A15 Bionic: Is newer better?