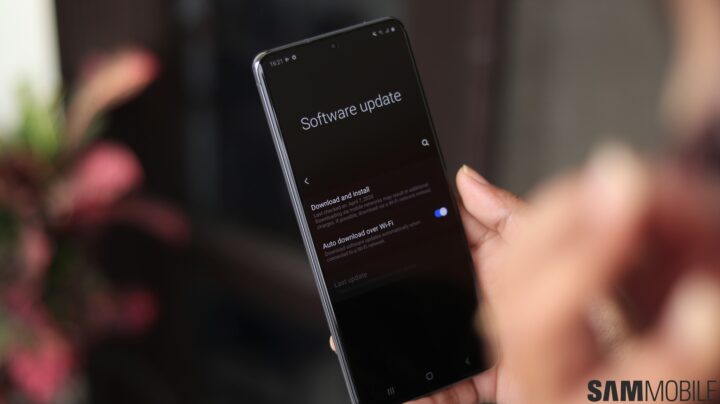 Being the largest manufacturer of Android phones, Samsung is expected to keep them updated with the latest software, and it certainly has the power to do so. At the same time, Samsung sells so many phones each year that it can be a mighty tough job to update them regularly no matter how many resources you throw at it and how many people you assign to the task.

We’ve said many times before that Samsung’s update game is something no manufacturer other than Apple can match. Many Galaxy devices are eligible to receive up to four major OS upgrades, and the company regularly releases security updates for a huge number of devices, all of which is mighty impressive.

And it seems Samsung has no intentions of slacking on the job, as is evidenced by how it’s already released One UI 4.1.1, which debuted on the Galaxy Z Fold 4 and Galaxy Z Flip 4 merely a few weeks back, to existing devices such as the Galaxy S22 or the Galaxy Tab S8. All this as Samsung runs the One UI 5.0 (based on Android 13) beta program at the same time, showing how it just never seems to rest when it comes to software updates.

Samsung is getting better at software updates every year

You have to remember that it’s just September right now and the next version of Android and One UI is already being beta tested by Samsung’s customers. Samsung has gotten quicker and quicker at releasing major new OS upgrades with each passing year, and that still continues to amaze us. Case in point: the final version of One UI 5.0 for the Galaxy S22 series is expected in October, which would be a full two months before the end of the year, at least if all goes according to plan.

In fact, seeing how even the first One UI 5.0 beta on the Galaxy S22 series phones was pretty stable, there’s actually a good chance we’ll see the final version rolling out in just a few weeks. And who knows, maybe in the coming years Samsung will start releasing new Android OS upgrades just a couple of weeks after Google? Considering how Samsung is tackling updates in general right now, we would say that’s certainly an achievable endgame.

By malkitrataulSeptember 5, 2022UncategorizedComment on When it comes to software updates, Samsung never seems to take a nap