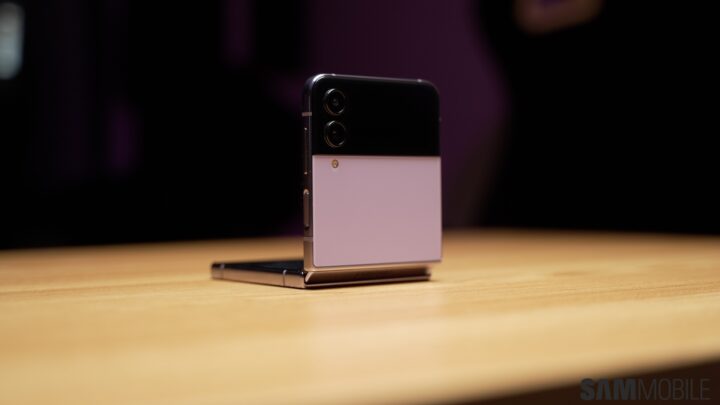 Last updated: September 2nd, 2022 at 14:11 UTC+02:00
Samsung released its new Galaxy Z Fold 4 and Galaxy Z Flip 4 foldable phones in 36 European countries on August 26. Key markets included Germany, France, Spain, the Netherlands, and the UK. Now the company is attending IFA 2022 in Berlin and is taking the opportunity to discuss the early success of these new foldable devices. Samsung claims that the two phones have already set new shipment records, with both models accelerating the popularity of foldable devices in the segment.

Customers in Europe appear to have responded favorably to the changes and improvements introduced by the latest two foldable phones, from more battery life to reduced weight.

Although the Galaxy Z Flip continues to outshine the Z Fold 4, shipment figures between the two models have almost reached equilibrium. The recent report states that Samsung sold six Galaxy Z Flip 4 models for every four Galaxy Z Fold 4 devices. The ratio used to be closer to 7-3, which means that more customers in Europe are beginning to warm up to the larger book-like foldable.

As far as colors go, the Bespoke Studio is available only in select markets, and the report mentions only standard options. Graphite and Bora Purple were among the most popular colors among Galaxy Z Flip 4 buyers, whereas Z Fold 4 customers in Europe seemingly preferred Graygreen and Phantom Black.

The Galaxy Z Flip 4 is available for €999, whereas the Galaxy Z Fold 4 costs €1,799 and up, depending on storage variants. Neither phone ships with a wall charger, and unlike last year, pre-order bonuses didn’t include a free pair of wireless earbuds. Even so, and despite economic uncertainties, shipments to Europe are seemingly through the roof, which suggests that premium smartphone customers aren’t too worried about the looming recession.

By malkitrataulSeptember 2, 2022UncategorizedComment on Samsung has doubled Galaxy Z Fold 4 and Z Flip 4 shipments to Europe