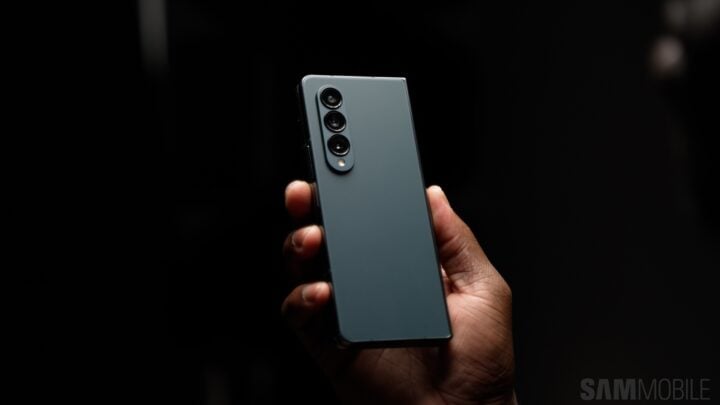 Samsung is the only company that’s selling foldable smartphones at scale now. No other company can compete with it in this market right now. This has enabled Samsung to build an envious lead in the foldable smartphone market. While many expected its biggest rival Apple to respond, it’s unclear if Apple will ever decide to build a foldable iPhone.

A few Chinese manufacturers have been trying to make a dent in the foldable market. However, they’ve been unable to make any major moves. When Samsung launched the Galaxy Z Fold 4 and Z Flip 4 earlier this month, Xiaomi came out with the Mix Fold 2 and Motorola launched the Moto Razr 22 just a few days later. While an attempt was made to steal Samsung’s thunder, that didn’t turn out to be the case.

When you look at the Galaxy Z Fold 4 vs Mix Fold 2 and the Galaxy Z Flip 4 vs Moto Razr 2022, there are some aspects in which these ambitious rivals come out on top. On paper, some specs might be better, but as we’ve discussed before specs alone don’t make up the entire user experience. Samsung is able to provide a much better user experience overall with unmatched software support.

All of its devices are also backed by a massive global customer service network, ensuring that customers can get support for their devices wherever they might be. As someone who has relied on Samsung’s significant global service footprint on a number of occasions, nothing beats knowing that you can get help from official service centers should you need one.

Beyond that, Samsung’s foldable smartphones outshine their Chinese competitors in both software quality and functionality. One UI is the stuff of legends. Samsung’s custom Android skin has come a long way. The company has created meaningful experiences and features that elevate the user experience. Samsung has also focused on creating a connected ecosystem that enables its various consumer electronics devices to seamlessly work together.

There’s also the fact that Samsung sells its foldable smartphones globally whereas Chinese foldables are not available in many markets outside China. It’s not like the Chinese OEMs don’t have global ambitions, it’s also because they don’t have geopolitics on their side. There’s an increasing desire across the EU and North America to “contain” China. The administration in the US has a plan worth over $50 billion simply to prevent Chinese dominance in the global chip supply chain. The US has also effectively closed off its smartphone market to these devices and has also been calling upon its allies to drop Chinese telecommunications equipment.

The reasons behind these geopolitical tensions are too complex to be converted in this piece. The gist of it is that the Chinese OEMs have a lot more hurdles to overcome. Their access to some of the top global markets is limited whereas Samsung faces no such difficulties.

It’s also important to consider the current global economic climate. It prevents companies from becoming too aggressive in trying to undercut their rivals on price. Keep profit margins very slim or even push loss leaders to achieve volume is a strategy that Chinese manufacturers have deployed quite aggressively in the past. That’s what enabled companies like Huawei and Xiaomi to grow rapidly.

That’s quite difficult now due to the current global financial situation. The supply chains have not yet normalized post-pandemic whereas China continues to go through periods of strict lockdowns in its manufacturing hubs as the government pushes ahead with its zero COVID policy. It’s becoming increasingly difficult for these companies to stick to a no-profit approach.

All of this provides significant breathing space to Samsung’s foldables. In the absence of competition, Samsung doesn’t feel the need to reduce its margins to make its foldables less expensive. The Galaxy Z Fold 4 and Z Flip 4 cost the same as they did last year. South Korea doesn’t have the same geopolitical challenges as China which means its companies are welcome in the west. The US has particularly been courting Samsung to invest billions there in new chip facilities.

Whether these factors change in the future is difficult to predict at this time. What’s evident, though, is that Samsung will continue to make the most of it in the meantime.

By malkitrataulAugust 28, 2022Uncategorized1 Comment on How geopolitics and economics save Samsung’s foldables from rivals