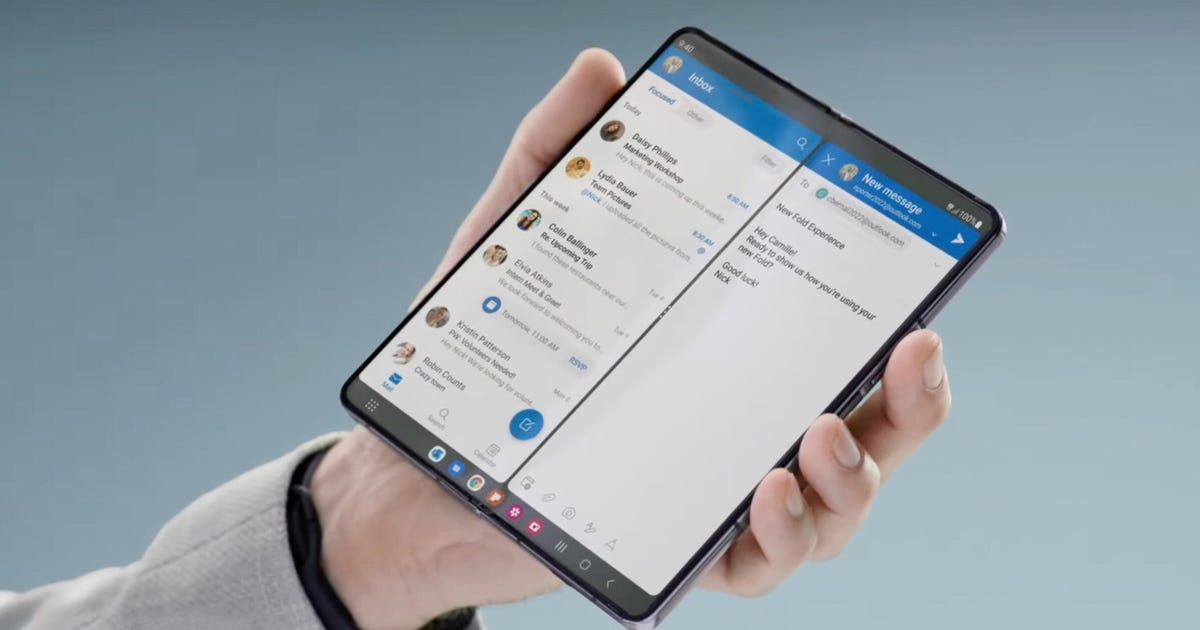 Starting Friday, you can buy Samsung’s best foldable yet, the Samsung Galaxy Z Fold 4. And for people who miss the way Microsoft used to make phones, there’s good news: with some third-party software, you can turn your new cutting-edge foldable into a Windows Phone.

YouTuber Mark Spurrell figured out a setup that showcases both older and modern Windows UIs in the same device. You’ll need to download two separate third-party launchers, which are easy to find in the Google Play Store. Square Home will turn the Z Fold 4’s outer display into the tiled look of Microsoft’s Metro design, while Win-X Launcher turns the tablet-sized inner screen into a more modern Windows 10-esque desktop look.

The clever part is getting both launchers to play nice together — to do that, you’ll need to download the Bixby Routines app and set up functionality that will swap to the Win-X Launcher when the display is opened, as Spurrell explains in his video:

This is all software that’s existed before, but it’s cool to see it work in concert to bring past and present Microsoft mobile UIs together, which makes great use of the Z Fold 4’s expansive 7.6-inch inner display. And thankfully, it’s all pretty simple to download within the Google Play Store, no sideloading required.

Of course, you’ll still need to for over $1,800 for a Z Fold 4 to get this dual-launcher action working, but I’m sure there are some enthusiasts who are willing to pay Samsung’s toll to be in elite company. Or maybe we could see more of the Windows Phone look on the next Surface Duo, as Android Central suggests.

By malkitrataulAugust 26, 2022UncategorizedComment on The Samsung Z Fold 4, on Sale Today, Has Been Turned Into a Windows Phone