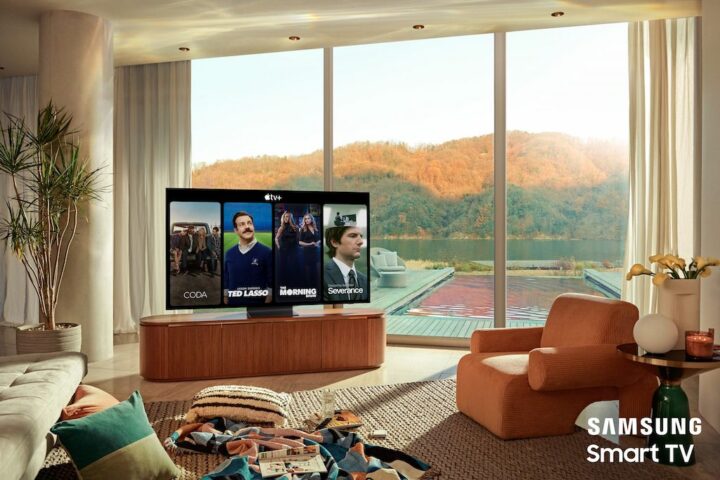 Last updated: August 25th, 2022 at 15:38 UTC+02:00
It was back in 2019 when the Apple TV app was released for Samsung smart TVs. It enables users to access the Apple TV+ streaming service. A rare move indeed, but since Samsung doesn’t have a competing TV streaming service, it doesn’t mind providing customers who own its TVs with access to Apple’s.

The company today announced a new limited-time promotion for its smart TV owners. It’s offering them a three-month subscription to Apple TV+ for free. This promotion is available for users across the globe, so it’s definitely going to make a lot of people happy.

This offer is available for anyone who owns a 2018-2022 Samsung smart TV starting today through November 28. They simply need to sign up through the Apple TV app to enjoy three months of Apple TV+ on Samsung. The process is simple enough. Just launch the app on your eligible TV and follow the instructions provided onscreen.

It’s important to note that Samsung was the first TV manufacturer to support the Apple TV app on a smart TV platform. This close collaboration with Apple’s TV service continues and it provides benefits for Samsung as well. Countless people across the globe are tied to Apple’s ecosystem.

If any of those customers are looking to buy a new TV in the next three months, they might gravitate towards a Samsung TV since they can get three months of Apple TV+ for free with it. Those who already own an eligible model will also appreciate this freebie. They have ample time to check out the content on Apple TV+ before buying a subscription.