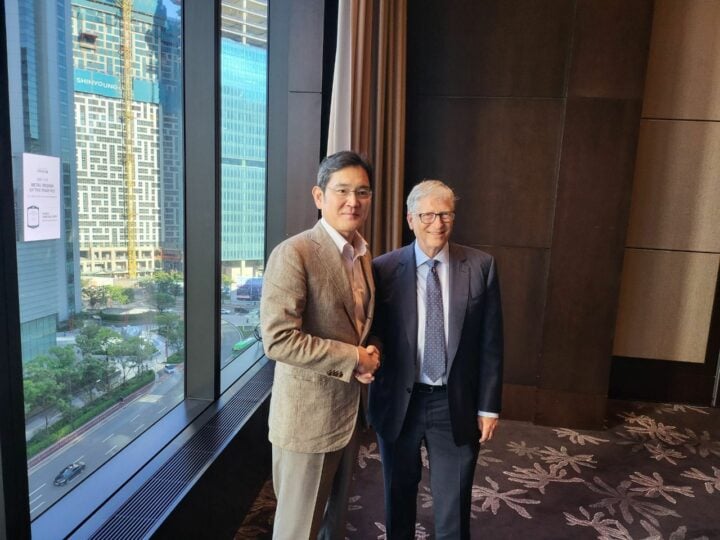 This might seem like a weird headline but it’s actually the result of a long collaborative effort between Samsung and the Bill & Melinda Gates Foundation. Samsung announced today that it has completed a project started in collaboration with the foundation in response to the Reinvent the Toilet Challenge.

Samsung’s answer to the challenge is a safe prototype toilet that’s designed for home use. The Samsung Advanced Institute of Technology (SAIT) is the research and development division of Samsung Electronics. It worked on this project with the Bill & Melinda Gates Foundation.

SAIT began working with the foundation on reinventing the toilet in 2019. They have recently finished the development of core technologies and have also successfully developed a prototype that’s also been tested.

This announcement follows the August 16, 2022 meeting between Samsung Electronics Vice Chairman Lee Jae-yong and Bill Gates, co-char of the Bill & Melinda Gates Foundation, where they discussed the outcome of this project. An exchange of ideas on further global contribution initiatives also took place.

So what does this revolutionary toilet do? SAIT spent three years on the research and development of the basic design. It also developed modular and component technology. This led to the successful prototype being tested.

Samsung created core technologies related to heat-treatment and bioprocessing that kill pathogens from human waste and also make the released effluent and solids safe for the environment. Through this system, the treated water is fully recycled, solid waste is dried and combusted into ashes, and the liquid waste goes through a biological purification process.

Don’t expect a big Unpacked event for this new toilet. Samsung will provide royalty-free licenses of patents related to this project to partners in developing countries as the project enters commercialization. The company will continue its work with the foundation to ensure mass production of these technologies.

Access to safe sanitation facilities remains a challenge in major developing countries across the globe. WHO and UNICEF estimate that over 3.6 billion people lack access to safe facilities. This results in half a million children under the age of 5 dying annually from diarrheal diseases. This collaborative effort between Samsung and the Bill & Melinda Gates Foundation has the potential to address this major challenge.

By malkitrataulAugust 25, 2022UncategorizedComment on Samsung and Bill Gates are revolutionizing the way you poop