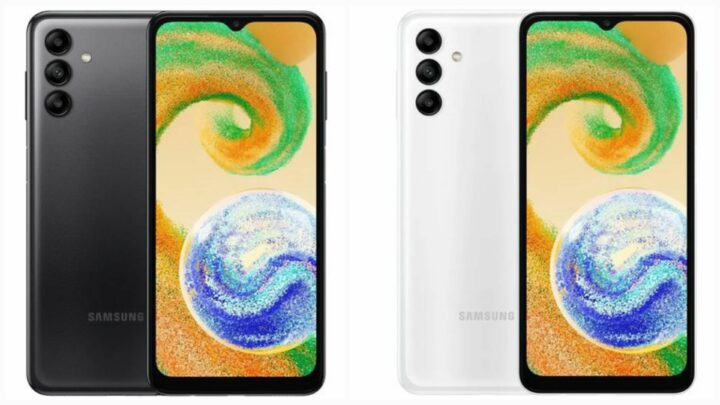 Last updated: August 22nd, 2022 at 19:41 UTC+02:00
Samsung is gearing up to bring another low-cost 4G smartphone to the market. The Galaxy A04s will reportedly go on sale soon, and although Samsung is keeping quiet about the device — save for its premature UK listing — a new leak has uncovered pretty much everything there is to know about this phone.

The Galaxy A04s will be one of Samsung’s most affordable smartphones this year. The company is reportedly planning to release this device in Europe for €169. (via WinFuture)

For this relatively low price, the Galaxy A04s is quite a featureful device, boasting a 50MP camera and the Exynos 850 chipset. In terms of memory, the device has 3GB of RAM and 32GB of built-in storage expandable via microSD.

The Galaxy A04s is equipped with a 6.5-inch PLS LCD featuring a resolution of 1600 x 720 pixels and a maximum refresh rate of 90Hz. The panel has an Infinity-V cut for the 5MP selfie camera, a relatively thick lower “chin,” and can reportedly reach a brightness level of 400 nits.

Other specs include a 5,000mAh battery with 15W charging and no wireless charging capabilities. The phone also carries a USB-C port and a triple camera setup comprising a 50MP primary shooter with an f/1.8 aperture and two 2MP (f/2.4) cameras for depth and macro photography.

Other specs include NFC, Bluetooth 5, a 3.5mm headphone jack, and Android 12. The power key looks like it doubles as a fingerprint sensor, but reports say otherwise. Lastly, Samsung is expected to release the Galaxy A04s in the three color options seen in the image gallery below. They are black, dark green, and white.