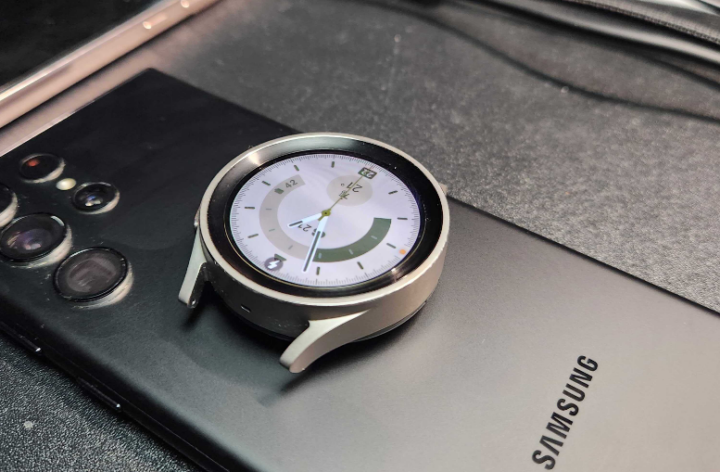 There are always some risks associated with changing the design of your mobile products. To name a couple, customers might not like the change, and compatibility issues with other devices in the ecosystem could crop up. Nevertheless, Samsung took that risk when it announced the new Galaxy Watch 5 Pro, and the move could work in its favor. Unfortunately, the company also appears to have forgotten about one crucial element when it created the Galaxy Watch 5 Pro. And as a result, the new wrist strap design conflicts with one of the technologies that set Samsung apart from the competition: Wireless PowerShare.

Samsung Galaxy flagship smartphones like the Galaxy S22 Ultra can lend energy to and recharge other devices — such as smartwatches — wirelessly without needing USB cables or a charger. The technology is called Wireless PowerShare and works through the wireless charging coil located under the smartphone’s back panel.

Unfortunately, the new Galaxy Watch 5 Pro strap design prevents this from happening, and as such, Galaxy Watch 5 Pro customers won’t be able to use Wireless PowerShare with most Galaxy smartphones (if not all) unless they remove the wrist strap from the smartwatch first.

In case you’re wondering, the Galaxy Watch 5 Pro does support Wireless PowerShare, but you’ll have to go through some hoops and loops to activate it. It’s not like the technology is missing from the watch. It’s there, but it isn’t very practical due to its arguably poor implementation. This looks like a design error and an oversight rather than an intended design feature, especially considering that the standard Galaxy Watch 5 design doesn’t have this problem and doesn’t impede Wireless PowerShare in any way.

The technology is still present and could help Galaxy Watch 5 Pro and Galaxy flagship smartphone users in certain situations, but the PowerSharing process has been made more cumbersome.

Thankfully, the new Galaxy Watch 5 Pro has a generous battery and promises up to 80 hours of usage on a full battery. Samsung customers probably won’t find themselves needing Wireless PowerShare very often, but still, these design inconsistencies probably shouldn’t have existed in the first place. They make Wireless PowerShare seem like an afterthought when, in fact, it’s one of Samsung’s more unique features available for high-end mobile devices.

Thanks for the tip, Samuel!

By malkitrataulAugust 22, 2022UncategorizedComment on Galaxy Watch 5 Pro strap design can be a wireless charging nuisance