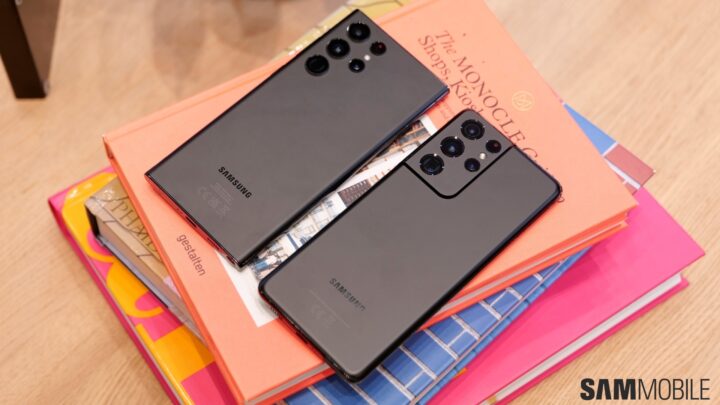 Last updated: August 21st, 2022 at 17:57 UTC+02:00
With Samsung’s flagship launches for 2022 out of the way, the rumor mill is now focused on the 2023 lineup. The Galaxy S23 series will be the first flagship launch of the new year. With less than four months to go until 2023 begins, it’s no surprise that the Galaxy S23 rumors have now started coming in.

The latest suggests that the Galaxy S23 Ultra might be the most boring flagship update yet from Samsung, at least in the design department. The company may not make any significant design changes to the device.

Galaxy S23 Ultra will look almost the same as its predecessor

According to Twitter leakster @UniverseIce, the Galaxy S23 Ultra’s size is almost entirely unchanged compared to its predecessor with only a marginal difference of 0.1~0.2mm. The handset is rumored to have the same 6.8-inch 3088 x 1440 pixel resolution screen and a 5,000mAh battery while coming in at 8.9mm thick.

It’s not surprising, given that the Galaxy S22 Ultra brought the most significant design change for the Ultra model. The Galaxy S22 Ultra is the reincarnation of the Galaxy Note as it features the lineup’s signature boxy design with an internal slot for the S Pen. Samsung has previously confirmed that all Galaxy S Ultra models will now have this DNA.

Since a major design change was made last year, one can say with reasonable certainty that the Galaxy S23 Ultra won’t be pushing any boundaries when it comes to design. There will be changes under the hood, however.

The device is expected to feature the Qualcomm Snapdragon 8 Gen 2 chipset with One UI 5.1 onboard. There have also been rumors about a 200-megapixel camera being used for the Galaxy S23 Ultra. Samsung may utilize a newer in-display fingerprint sensor as well for increased accuracy.

Samsung isn’t expected to unveil the Galaxy S22 series until February next year. So there’s still a long way to go before we can make any conclusions about the Galaxy S23 Ultra.

By malkitrataulAugust 21, 2022UncategorizedComment on Galaxy S23 Ultra might be the most boring flagship update from Samsung