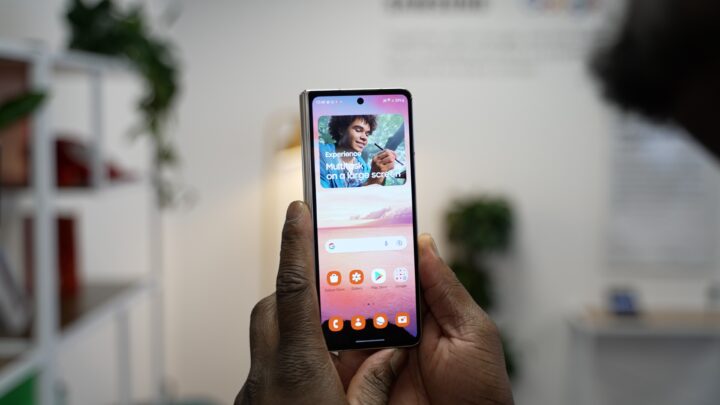 If you’ve used a Galaxy Z Fold smartphone, you are probably one of many who complains about the narrow cover display. It’s nothing like what you see on regular phones – with Galaxy Z Fold devices, you often have to unfold the device and use the main 7.6-inch display to get things done, and that’s not always possible, especially for one-handed use.

That’s why many of us have been waiting for the day when Samsung will make a book-like foldable that has a normal smartphone screen outside and opens up into a tablet-sized device. But while Samsung hasn’t done that with the Galaxy Z Fold 4, the company has taken a step in the right direction.

Samsung has trimmed the bezels on both the cover and folding display, resulting in a 2.7mm and 3mm increase in width respectively. That’s not a lot (we’re talking about millimeters here), but in our early experience the outer screen is certainly a little easier to use, especially for typing.

All that said, some of us would still love to see something like a Galaxy Z Fold XL that has a smartphone display with a standard aspect ratio. Yes, that will probably kill the prospect of one-handed use, but it can always be offset by things like the one-handed mode you find in pretty much all keyboard apps these days.

The best solution, though, is to not expect comfortable one-handed use with these devices at all, because that convenience demands too many trade-offs, like having to unfold the device to get anything productive done. Foldable devices, in my opinion, should be regular phones that turn into tablets. Chinese manufacturers seem to understand that, but Samsung doesn’t, and it is likely losing out on prospective customers as a result.

Still, it’s good to see the Korean giant taking some steps to address the usability of the Galaxy Z Fold smartphones’ cover display. It’s not enough to turn someone like me into a customer, but it is likely to be appreciated by those who do purchase a Galaxy Z Fold 4.

By malkitrataulAugust 19, 2022UncategorizedComment on Galaxy Z Fold 4 cover display’s a small but good step in the right direction