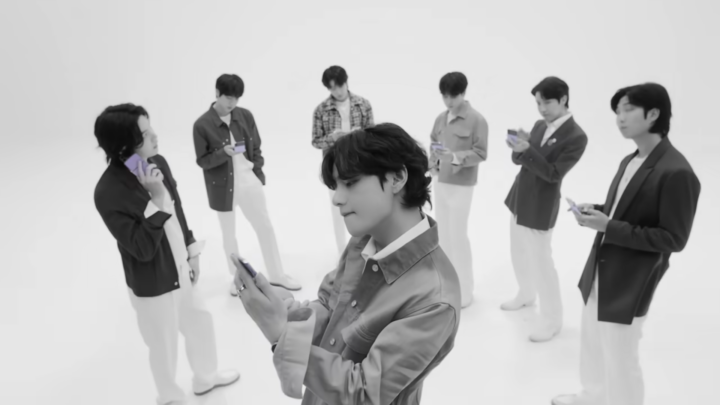 Last updated: August 17th, 2022 at 14:02 UTC+02:00
Samsung’s new foldable phones unveiled at Unpacked 2022 come with a new interpretation of the iconic Over the Horizon ringtone, and BTS fans will be pleased to know that it was produced and remixed by SUGA. It is, in fact, the second Over the Horizon ringtone Samsung and BTS have released this year. The first remix rolled out with the Galaxy S22 series at the beginning of 2022.

The availability of the new Over the Horizon ringtone varies by model and region, but everyone can listen to it on Samsung’s official YouTube channel. The video is linked below.

Samsung invited SUGA of BTS to remix Over the Horizon 2022, and the producer gave the ringtone a new spin with influences from orchestral pop, fusion jazz, and new age. The musical reinterpretation accompanies a new music video featuring members of BTS and the Bora Purple Galaxy Z Flip 4. The Galaxy Z Fold 4 is missing from the picture, which betrays Samsung’s focus on its new flip phone design.

So far, the highly talented producer of BTS, SUGA, has produced one “Over the Horizon” ringtone, and now he officially is the first artist to have remixed the song twice.

The very first Over the Horizon ringtone was released back in 2011 and celebrated the launch of the Galaxy S2. It went through several phases over the last decade, and according to Samsung, it will continue to change “to reflect what is happening in the world.”

The new ringtone shines with positivity and “was composed so that when people hear it, they feel hopeful and upbeat.” So, perhaps it’s not a very accurate reflection of the current global state of affairs but more of a balancing counterweight in musical form.

Regardless of the thought process that went into remixing Over the Horizon 2022, the new ringtone seems to be the perfect match for the Bora Purple Galaxy Z Flip and fans of BTS. Check it out in the video below!

By malkitrataulAugust 17, 2022UncategorizedComment on New Over the Horizon remix by SUGA of BTS is out now!