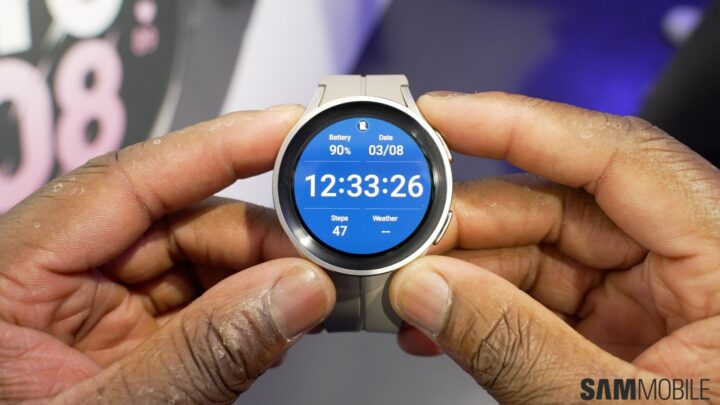 The physical bezel ring has been a staple of Samsung’s smartwatches for a long time. It’s great for looks – Galaxy smartwatches with physical bezel rings look like traditional watches. It’s also great in terms of usability – rotating the ring lets you scroll through the user interface, which, in our opinion, is a better feature than the digital crown on Apple smartwatches.

But every now and then, Samsung launches a new series of smartwatches without the physical bezel ring. The Galaxy Watch 5 series is an example of that. The Galaxy Watch 5 Pro, despite being bigger, has the same virtual rotating bezel as the non-Pro version.

And you know what? I personally couldn’t care less, as we’re getting something much more useful in return: battery life.

According to Samsung, the Galaxy Watch 5 Pro can last up to 80 hours on a charge with mixed use, and up to 20 hours with GPS turned on at all times. Neither are figures you’ll see on other smartwatches that run Google’s Wear OS, and I love that Samsung is fixing one of the only few complaints we had when it first moved to Wear OS with the Galaxy Watch 4 series last year.

Of course, I might also be biased: I tend to just use the touchscreen for everything and rarely, if ever, use the bezel ring to use my Galaxy smartwatch, as I’m not fond of how you have to change your finger positions when switching between the touchscreen and the bezel when operating the watch. But come on: Wouldn’t you prefer longer battery life instead of a physical bezel ring even if the latter is one of your favorite Galaxy Watch features?

It’s not like you aren’t getting a bezel ring to scroll around the smartwatch user interface. It’s just digital now, and in our early experience, much easier to use than before because of the larger size of the Galaxy Watch 5 Pro. And even if that’s not something that impresses you, there’s always the older Galaxy Watch 4 that you can pick up.

The Galaxy Watch 4 series won’t get as many software updates as the Galaxy Watch 5 as it’s a year older, but Samsung’s smartwatch software support has traditionally been amazing, so the Galaxy Watch 4 and Watch 4 Classic will get enough updates to make most customers happy. Basically, there’s a lot of choice right now if you’re looking for a new Samsung Galaxy smartwatch, and that’s quite impressive in my book.

How about you? Does it bother you that neither Galaxy Watch 5 model gives you a physical rotating bezel, or are you okay without it? Let’s discuss in the comments!

By malkitrataulAugust 16, 2022UncategorizedComment on No physical rotating bezel on Galaxy Watch 5 Pro, no problem