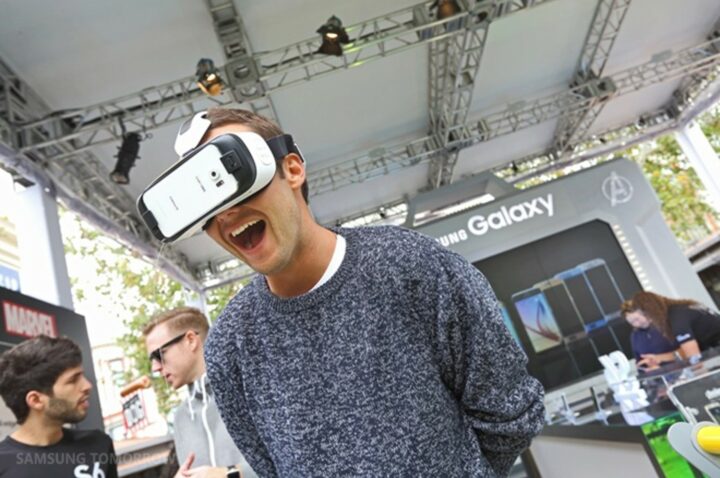 Two of the tallest barriers to VR/AR immersion are the lack of variable focus and tactile feedback. An image rendered inside a VR headset doesn’t change focus between objects according to the user’s line of sight. Similarly, VR and AR controllers lack the tactile feedback depth and versatility to trick users into thinking that virtual objects they might happen to interact with have weight to them.

When using VR or AR headsets, there’s a disconnect between what the eye sees and what the human body feels — and how the brain translates those interactions and discrepancies between senses. But Samsung may have come up with a solution to overcoming these barriers and elevating immersion by using artificial muscle actuators in its future VR/AR headsets.

Samsung to use artificial muscle actuators for VR and AR

The technology described by Samsung in a new Nature Communications paper achieves variable focus in a mixed reality helmet using these fast, powerful, and lightweight actuators that can minimize the lag between the user’s shift in focus and whatever is happening on the screen.

It all sounds very futuristic. The promise of immersive VR and AR is quite appealing, but there’s no information regarding availability and when this technology might be ready for use in Samsung consumer devices.