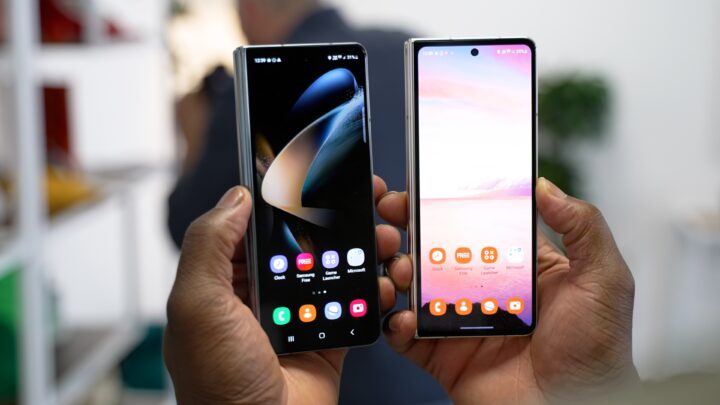 Anything can be made to look good on the internet. As long as you’re willing to throw money at influencers to hype up your products, chances are they’ll be able to convince some of their fans and followers to open up their wallets. Sounds easy enough, doesn’t it? There’s more here than meets the eye, though.

Prepare for the inevitable onslaught of content from online media personalities and influencers about the new Chinese foldable phones. Merely a couple of days after Samsung unveiled the Galaxy Z Fold 4 and Galaxy Z Flip 4, Xiaomi launched the Mix Fold 2 and Motorola came out with the Moto Razr 2022. These are meant to compete against Samsung’s well-established foldable series but it’s easier said than done.

It’s important that you don’t buy into the hype that your favorite tech YouTubers are creating. Some of may not be aware but companies send them products for free to promote them. While the best of the best will always remain objective and provide genuine buyer advice, those who are simply here for the gravy train will sign praises of whatever they’re trying to sell all day long.

So whether they make wonky claims about it or do any number of ludicrous tests on them, and if they manage to break the unit there’s always going to be another one on the way, that’s not how it’s going to be for customers. If you drop your Mi Fold 2, Xiaomi won’t be sending another complimentary unit for you.

That’s precisely why it’s never just about the specs sheet. Consider the quality over the quantity. Can these Chinese brands provide the kind of after sales service that Samsung can for its foldables? For starters, these foldables aren’t available outside of China. If you were so inclined to buy one of them, you’d likely have to pay import fees just to get them to your country.

Let’s not forget that foldable smartphones are still not as durable as conventional phones. So if your device takes a tumble and the screen gets damaged, finding a repair center or the parts for that matter would be next to impossible. You’ll likely need to ship it out of your country for your repair and by then, your cost of ownership for this device would have become exorbitantly expensive.

Software updates are now a major concern for customers. They prefer having exceptional software support. No other Android OEM comes close to Samsung. The company will provide four years of Android OS upgrades to its new foldable smartphones. They will also receive five years of security updates.

Coupled with Samsung’s expanding ecosystem that includes its earbuds, tablets, smartwatches, and smart home devices, you can get a complete user experience when opting for a Samsung foldable over one from the Chinese manufacturers.

If resale is a consideration for you, these foldables will see their values drop considerably more faster than Samsung devices. As far as all Android OEMs are concerned, Samsung Galaxy devices tend to hold their value for much longer. You also have the opportunity to get enhanced trade-in values from Samsung, which means that your next device won’t cost as much. Again, the Chinese OEMs just don’t have the kind of footprint to provide services like that.

So ask yourself, would you disregard all of these positives that make the Galaxy foldables such high quality devices in favor of a device that’s slimmer or one that has a larger cover display? Me neither. What Samsung provides contributes to the overall experience and gives customers a sense of security that they’ll get support from the company should they need it.

Save yourself from the disappointment and stick with Samsung’s foldable smartphones. Go ahead and order one now. You won’t regret it!

By malkitrataulAugust 12, 2022UncategorizedComment on Buyer beware: Don’t get fooled by these Chinese foldable phones!