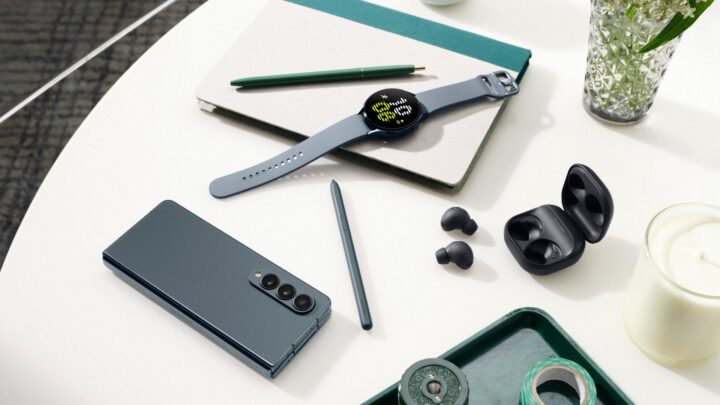 Last updated: August 11th, 2022 at 15:36 UTC+02:00
Samsung is ready to sell you another foldable phone, a new pair of wireless earbuds, and a couple of redesigned smartwatches. They were all unveiled at Galaxy Unpacked 2022 yesterday, and Samsung is now featuring its latest product lineup in a new series of unboxing videos.

In case you missed yesterday’s announcement, Samsung unveiled the Galaxy Z Fold 4, the Galaxy Z Flip 4 (along with Bespoke and Golf Editions), the Galaxy Watch 5 series, and the Galaxy Buds 2 Pro. Samsung now showcases the entire product lineup in a series of new unboxing videos on YouTube, which you can watch below. There’s no dialogue involved, but viewers get a general idea of what to expect in exchange for their money.

If you’re still wondering, the Galaxy Z Flip 4 and Z Fold 4 retail boxes don’t come with a wall charger. And neither do the wearables. The Galaxy Watch 5 and Watch 5 Pro come with a wireless charging puck which users will have to feed to a power source.

You can check out Samsung’s new unboxing videos below for a closer look at the box contents, and if any of the company’s latest mobile products seem attractive, you can pre-order them online. The official shipping date is August 26, but pre-order customers might be able to get the devices earlier, if they’re lucky enough.

The new Samsung foldable phones improve battery life, build quality, software, and the overall design, while the Galaxy Buds 2 Pro earbuds improve ANC technology and introduce 24-bit audio. The latest smartwatches also come with better battery life. The Pro model boasts up to 80 hours of usage on a full charge, while the standard Watch 5 shold last for up to 50 hours before it runs out of juice.

By malkitrataulAugust 11, 2022UncategorizedComment on Samsung’s new Galaxy foldable phones and wearables get unboxed