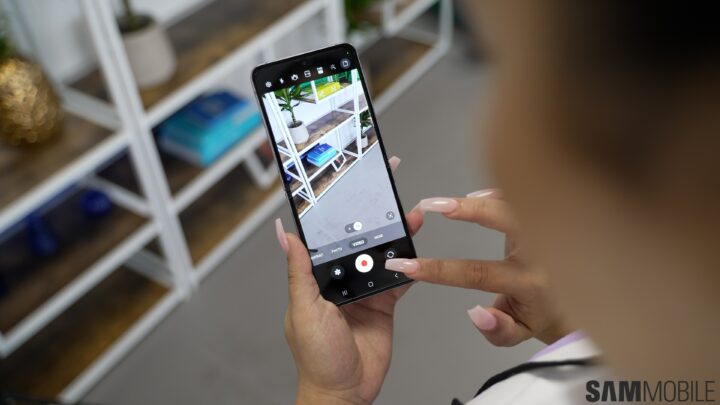 The Galaxy Z Flip 3 is the best-selling foldable phone in the world. And needless to say, Samsung intends to keep its foldable flip phone series at the top of the food chain for as long as possible. To this end, the new Galaxy Z Flip 4 tries pleasing fans with a couple of new upgrades designed to demonstrate the power of Flex Mode, i.e., the Z Flip series’s advanced hinge design.

Samsung’s new Galaxy Z Flip 4 makes a big deal about Quick Shot and FlexCam. Both these features relate to the camera, and FlexCam, in particular, leverages the hinge design to its advantage in more creative ways. Here’s all you need to know.

FlexCam and Flex Mode are sort of the same thing. However, whereas Flex Mode pertains to the general UI changes when closing the flip phone at an angle between 75 and 115 degrees, Samsung distinguishes FlexCam through a handful of camera modes and features.

Another way of putting it is that the phone’s clever hinge design enables Flex Mode, which Samsung then uses to create new camera modes under the FlexCam category of features. Multi-angle shots, video-calling, and short-form video creation in Flex Mode are all a part of the so-called FlexCam feature package.

And hopefully, now that Samsung is making this distinction, Galaxy Z Flip customers will get even better camera features and support through Flex Mode, i.e., FlexCam.

More importantly, though, Samsung says that the Z Flip 4’s FlexCam mode is better integrated with third-party apps, including WhatsApp, Facebook, and Instagram.

Quick Shot and a brighter sensor

That’s not to say Quick Shot only works when the phone is folded shut. It also works in Flex Mode once the user double-taps the power key and opens the device at an angle.

Finally, the Galaxy Z Flip 4 is equipped with a 10MP (f/2.4) selfie camera. It sits on the opposite side of the cover display, embedded in the 6.7-inch AMOLED foldable screen. It’s there for customers needing it, but for the best results, selfies should preferably be captured using the primary camera and cover display.