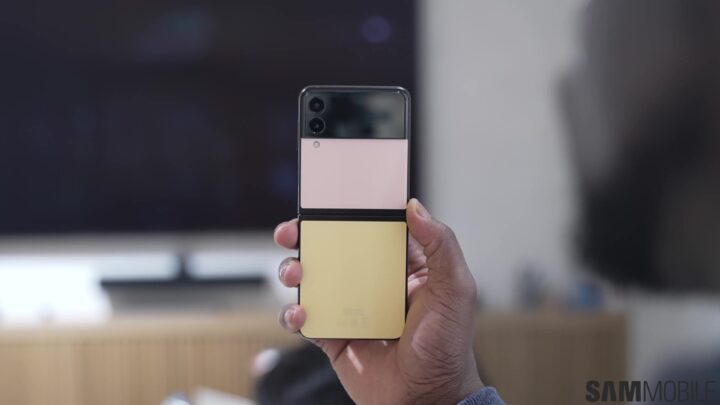 Battery capacity/life is always going to be an important metric for a mobile device, whether it’s a smartphone, wireless earbuds, or a smartwatch. Samsung hasn’t done a consistently great job at making sure that metric is taken of, though.

But elsewhere, it has done a solid job. The Galaxy S Ultra smartphones have featured large 5,000 mAh batteries since Samsung started making these Ultra models. Non-flagship Galaxy devices have also been consistently receiving battery capacity upgrades these last few years (e.g. the Galaxy A53 has a battery that’s 500 mAh bigger than the Galaxy A52).

And Samsung seems to be in no mood to stop bringing these battery upgrades. Case in point: the newly announced Galaxy Z Flip smartphone and the Galaxy Watch 5 Pro smartwatch both feature notably bigger batteries.

According to all the leaked info, the Galaxy Z Flip 4 is receiving a 400 mAh bump to a 3,700 mAh battery (and also finally getting support for 25W charging). The Galaxy Watch 5 Pro, meanwhile, is expected to feature at least a 60% increase in battery capacity over the larger Galaxy Watch 4 models.

Granted, these battery upgrades were quite important, and many will argue that Samsung shouldn’t be praised for them and that the company is only doing what was necessary in the first place. I think otherwise, though. That’s because Samsung is showing it is learning quickly.

It was only last year Samsung shifted to Google’s Wear OS platform for its watches. Wear OS is known to not be that great with battery life compared to Samsung’s Tizen platform. Instead of just telling customers to deal with it, Samsung is already addressing the drawback, which is great to see.

All that said, here’s hoping Samsung continues the streak of putting bigger batteries inside all of its products in the coming years, because as mobile devices become capable of doing more complex tasks, having the required juice to carry out those tasks is more important than ever.

By malkitrataulAugust 9, 2022UncategorizedComment on Samsung needs to be lauded for the battery upgrades on its latest products