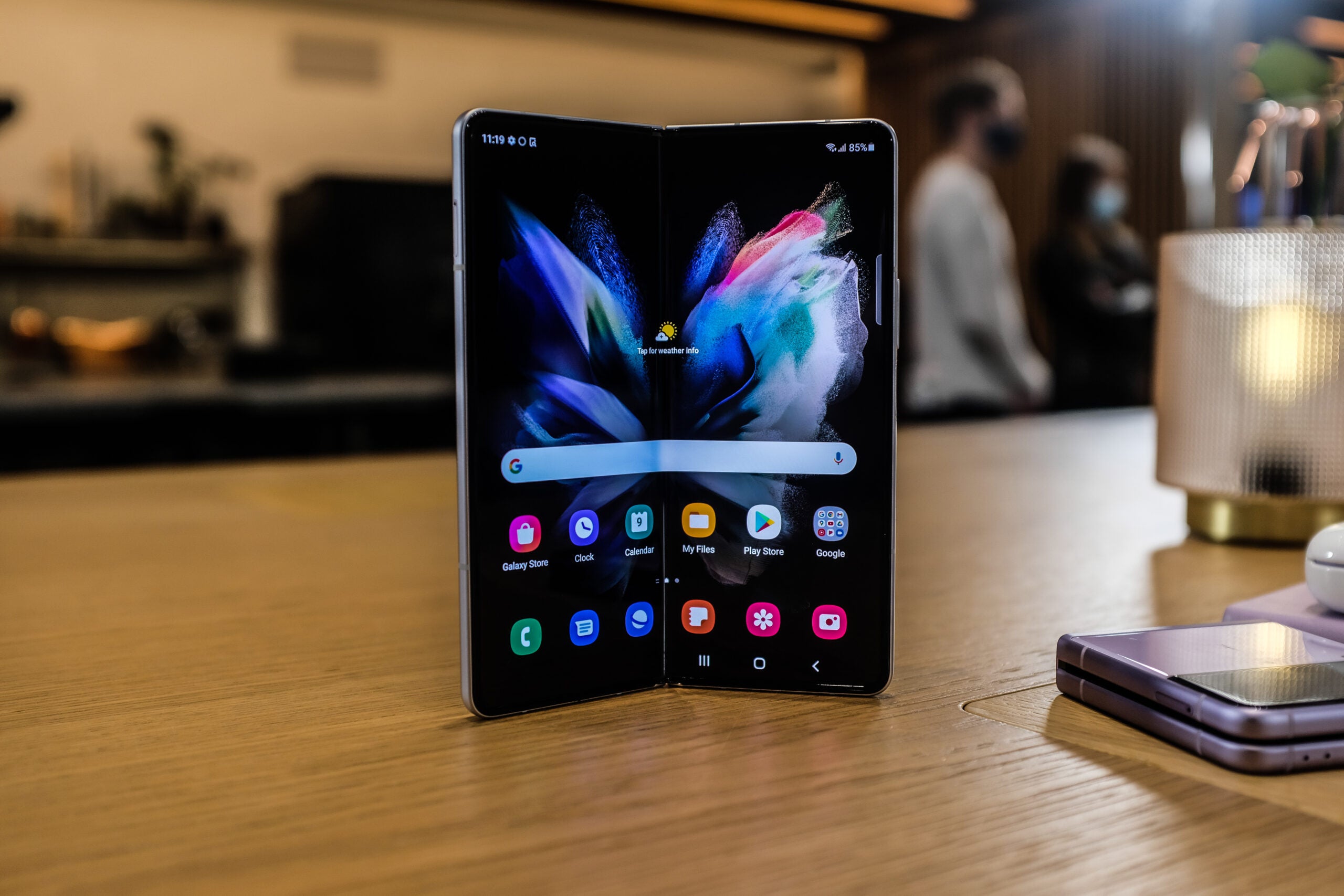 It’s almost time for Samsung to unveil its fourth generation of foldable smartphones, and we’re more excited than ever about this pathbreaking form factor. Here’s what we know about it so far.

One of the most exciting developments of recent years in the smartphone market has been the emergence of folding phones, which offer greater possibilities than standard devices thanks to their unique form factor. The Galaxy Z Fold 4 could take these possibilities even further with some potential refinements, so read on for all we know about it so far.

Samsung has announced an event for 10th August, and we’re fairly certain that this when we’ll see the Samsung Galaxy Z Fold 4. There’s even a teasing image of the device on the official poster, along with the tagline “Get readt to unfold your world”.

This launch date is a little earlier than previous models in the series, but it does still follow the same rough pattern:

Once again, we can expect the new Galaxy Z Fold to be prohibitively expensive. After all, it’s likely to boast top-end specifications all wrapped up in that daring and still somewhat experimental form factor.

Last year’s model cost $1,799 (£1,599) so it’s fair to say that you’ve got to have deep pockets to afford one of these folding phablets. We expect the Fold 4 to cost a similar amount of money, but we’ve not yet received reliable information as to a price increase or decrease this year.

Ever since the very first iteration of the Galaxy Fold, there’s been a fairly similar design language. Essentially these devices have had book-like designs, with a small outer screen and a larger inner one that is revealed when it’s opened up along a vertical seam in the middle. That seems unlikely to be drastically changed, but there could be some refinements along the way.

According to the renowned internet leaker Ice Universe, who is a specialist on all things Samsung, the new Fold will apparently have a smaller bezel next to the outer screen, and the redesigned hinge seems sleeker too, going by the picture provided above.

What impressed us most about last year’s Fold was its more robust design, with this having been a point of concern among previous models in the series. Fortunately, it seems that Samsung will double down on its durability, as the tweet Ahmed Qwaider (above) alleged it to have Gorilla Glass Victus+ on both the front and the back.

What’s more, it seems that there will also be a wider range of colours than ever before, among which you’ll find Beige, Burgundy Red, Gray Green, and Phantom Black. That’s according to the renowned leaker Evan Blass (@evleaks), who revealed lines of codes exposing this rumours, so it’s likely to be true.

However, if you were hoping to see a significant and refreshing change made to the camera, then you’re likely to be in line for a disappointment. TechTalkTV has claimed that it will strongly resemble the module hosted by its predecessor, thereby contradicting claims made by rival tipster OnLeaks.

We’ve got an extensive list of detailed information about the specification from the same source, who claims it to be “100% accurate”.

If accurate, then the spec sheet has a mix of familiar holdovers from the previous model, along with a couple of noteworthy upgrades too.

The size and resolution of both the inner and outer screens are apparently the same as those of the Fold 3, while the RAM and storage options also remain unchanged. However, the camera system has clearly undergone a major rethink (even if its design allegedly hasn’t).

Unsurprisingly, the chipset is also in line for an upgrade. This device could be among the first to run on the Snapdragon 8 Plus Gen 1 platform, which we’ve recently seen post impressive performance on the OnePlus 10T and the Asus ROG Phone 6 Pro. This rumour was given more weight when SamMobile, a reliable source for Samsung, noted Geekbench 5 scores for the device, which were 1351 for the single core and 3808 for multi-core.

However, the battery capacity (4400mAh) and the maximum charging power (25W) apparently seem unchanged from the Fold 3, and this is one area where we feel an upgrade could have been very welcome. That large inner screen is rather power-hungry, so you might not be able to get a full day’s heavy usage from this handset.