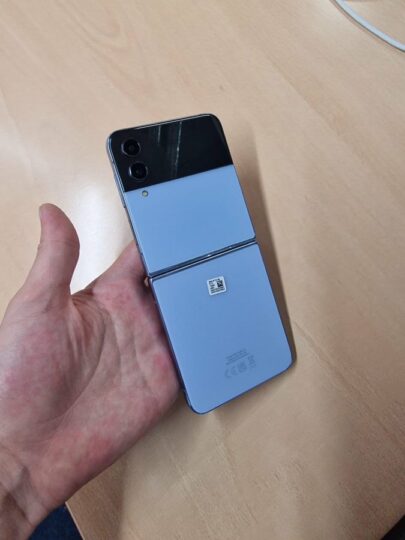 Last updated: August 8th, 2022 at 16:35 UTC+02:00
Why wait until August 10 to find out the Galaxy Z Flip 4 specs? Leaks about the company’s upcoming foldable smartphone have been plentiful. The latest one today reveals all of the specs of this much-awaited device.

It follows the leak that appeared over the weekend and gave us hands-on images of the Galaxy Z Flip 4. So we won’t be surprised by much when this device is officially unveiled on August 10.

The leak reveals that the Galaxy Z Flip 4 features a 6.7-inch Dynamic AMOLED 2X foldable display with a 2640×1080 pixel resolution. The cover display is slightly larger than its predecessor at 1.9-inches. The Snapdragon 8+ Gen 1 chipset powers the device with up to 8GB of RAM. The camera setup includes a 12-megapixel wide and 12-megapixel ultra-wide camera. The front camera is a 10-megapixel f/2.4 sensor.

The device retains the IPX8 water resistance rating of its predecessor in addition to the fingerprint sensor in the power button. As expected, there’s a larger battery inside the Galaxy Z Flip 4. Samsung made it possible by slimming down the hinge to fit a 3,700mAh battery inside. When folded, the Galaxy Z Flip 4 measures 84.9 x 71.9 x 17.1 mm vs 165.2 x 71.9 x 6.9 mm when unfolded. It weighs 187g.

Even though Samsung has opened the One UI 5.0 beta program, don’t expect the device to be running Android 13 at launch. The Galaxy Z Flip 4 ships with Android 12 out of the box in which you won’t find a charger. The report mentions that the Galaxy Z Flip 4 price will start at 1099 euro in Europe for the 8GB and 126GB variant. The 256GB and 512GB variants will cost 1159 and 1279 euro respectively.

Pre-orders should begin after the event with the device expected to be released on August 26.