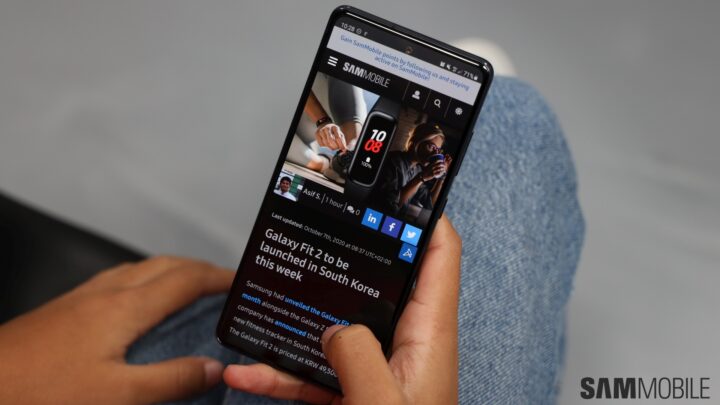 One more Galaxy smartphone has received the latest security update. The LTE version of the Galaxy S20 FE has started getting the August 2022 security update in Russia, and it brings fixes for various security vulnerabilities and improves device stability.

The Galaxy S20 FE (SM-G780F) has started getting the new software update with firmware version G780FXXU9DVG5. The official changelog for the update claims that it includes the August 2022 security patch, which fixes security vulnerabilities related to DeX, MAC address leak via Wi-Fi and NFC, hijack vulnerability in Knox VPN and DeX for PC, and improper access control in DesktopSystemUI.

How to update your Galaxy S20 FE to the August 2022 security update?

If you are a Galaxy S20 FE user in Russia, you can download and install the new update by heading to Settings » Software update and tapping on Download and install. You can also download the appropriate firmware file from our firmware database and flash it manually. However, you should not forget to backup all the data on your phone before initiating the manual firmware update process.

They will get one more Android OS update (Android 13) sometime towards the end of this year or early 2023. In terms of security updates, Samsung is expected to keep offering regular updates to the Galaxy S20 FE for at least two years from now.