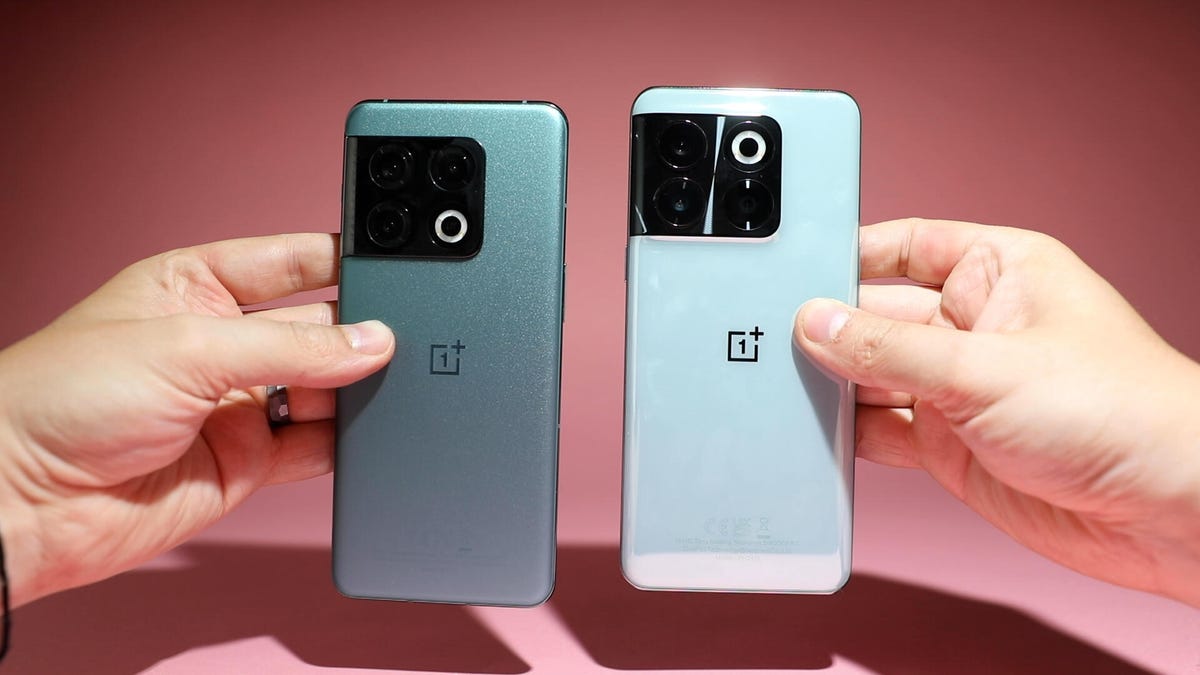 Speaker 1: The one plus 10 T is the most pointless phone of 2022. Here’s why based on the already excellent one plus 10 pro the 10 T packs, an even more powerful processor to deliver the best performance around which it sort of does. But in order to gain that slight and frankly, inconsequential boost to power, this phone demands, you make some sacrifices to some key features, including the screen [00:00:30] for design and the camera, and all those compromises make this phone feel like a less premium product as a result. So why do I dislike this phone so much?

Speaker 1: The one plus 10 T is packing the latest Qualcomm Snapdragon eight plus gen one processor and a mighty 16 gig of Ram. So there’s no question that this thing is a powerhouse, but it only really offers marginal gains over the [00:01:00] already incredibly powerful 10 pro. And those gains are really things that you’ll only see if you are running benchmark tests. The reality is that in everyday use, most of us won’t need, or even notice that extra speed, the 10 pro was already potent enough to handle absolutely everything you can throw at it. Playing demanding games like asphalt nine legends or PUBG, all at maxed out settings. I could see no discernible difference in performance between the 10 pro [00:01:30] and the new 10 T general performance. As you navigate around the phone is exactly the same and the extra power isn’t gonna help you post videos to TikTok any quicker. So then what’s the point. Cause I deciding to go for 170 mile per hour sports car instead of 160 miles per hour on, even though you’re only gonna be driving to work and back on 60 mile per hour, roads, that extra speed just isn’t necessary, but to get that speed, this [00:02:00] phone does make some big sacrifices.

Speaker 1: The display has a lower resolution giving the tent a pixel density of 394 PPI against the 10 pros 525 PPI. And I think colors look better on the 10 pro as well. Also while the 10 pros screen is curved nicely at the edges. The tents is flat all the way across and it definitely loses some of that premium feel as a result. And that’s true of the back as well with a very glossy cover, [00:02:30] which is slippery to hold and shows up more fingerprints about an average season of CSI. I’ll take the sophisticated sand blasted back of the 10 pro any day. And then the cameras take a hit in pursuit of that power with the one plus hassle blade partnership, not extending to the 10 T that camera hardware has taken a dive with a 50 megapixel main sensor and eight megapixel ultra wide, and a frankly worthless two megapixel macro camera.

Speaker 1: And that [00:03:00] is a big step down from the 10 pro, which has a 48 megapixel main camera, a 50 megapixel ultra wide and an eight megapixel telephoto zoom. It’s not that the 10 T can’t take good photos because it can, if the conditions are good enough, it just doesn’t compete with the 10 pro, especially not with ultra wide shuts. So it is disappointing that you have to sacrifice that camera performance just to get that marginal gain in speed battery charging does get a boost in the 10 T with 150 [00:03:30] wat fast charging available, which does Trump, the 80 wat fast charging found on the 10 pro now on paper that should mean that the tent can recharge from empty to full in about 20 minutes. Whereas the 10 pro will do the same in about 30 minutes. Okay? Sure. The tent does do that faster, but the 10 pro is already one of the fastest charging phones on the market.

Speaker 1: And personally, I just don’t see that 10 minutes really making a significant difference in [00:04:00] my life. A compatible fast charger is included in the box though. So at least you don’t have to factor that into your budget. I have found that battery life is generally on part with the 10 pro after an hour of streaming YouTube over wifi at max brightness, both phones had dropped from four to about 92% remaining, and that’s not bad. You certainly won’t struggle to get a full date of use out of it. And of course with that fast charging, getting a bit more juice back inside. If you start to run out at the end of the [00:04:30] day will not take very long. The phone arrives with Android 12 on board, but it is due to get an update to Android 13 before the end of the year. Although for some reason, the 10 pro will get it first.

Speaker 1: The problem with the 10 T then is that it feels like one plus has rushed it out just for the sake of being able to say that they’ve got the most powerful chip in their phone, despite it already being available on other handsets. Some of which actually cost [00:05:00] less. Cause let’s not forget that the 10 pro went on sale in April this year. So four months later, we’ve already got a new iteration four months at a time when we should be applauding companies for not pumping out new versions of phones so quickly, just for bragging rights. One plus has gone the other way. It hurried out to products that offers very little real benefit over the existing. And let’s not forget superb, 10 pro instead of half ass launching this [00:05:30] confusing mess of a phone. I would much rather have seen one plus hold onto those features, refine them and then actually put them into a good flagship replacement next year.

Speaker 1: One that doesn’t force you to make sacrifices to specs and performance elsewhere. So I’m disappointed in one plus here. And I can confidently say that if you are looking for the best experience that the company can offer, the one plus 10 pro is still the phone to get. But what do you think to the one plus 10 [00:06:00] T is the extra little bit of speed actually going to revolutionize your existence? Or is it just a bit of a disappointment? Do you make sure to leave your thoughts in the comments below and make sure to check the description of this video for a lot more information.

By malkitrataulAugust 3, 2022UncategorizedComment on Why the OnePlus 10T Is the Most Pointless Phone of 2022 – Video