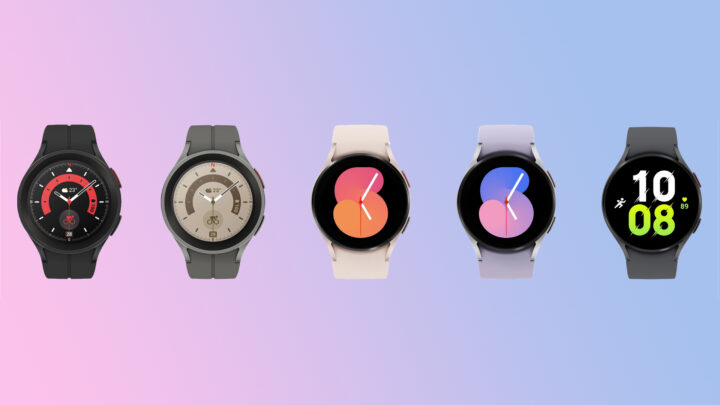 As per previous leaks, the Galaxy Watch 5 will come in 40mm and 44mm sizes, while the Galaxy Watch 5 Pro comes in just the 45mm size. Both smartwatches will be available in Bluetooth and LTE variants. They will run a new version of Wear OS and One UI Watch interface. Samsung is expected to bring the temperature sensor with its upcoming watches.

Expect the smartwatches to feature circular Super AMOLED screens, IP68 rating for dust and water resistance, mic+speaker, accelerometer, barometer, blood composition sensor, ECG, GPS, gyro, and NFC. They also seem to feature standard watch straps, so you can swap the stock ones with the ones that you like. Both smartwatches are also expected to feature longer battery life.