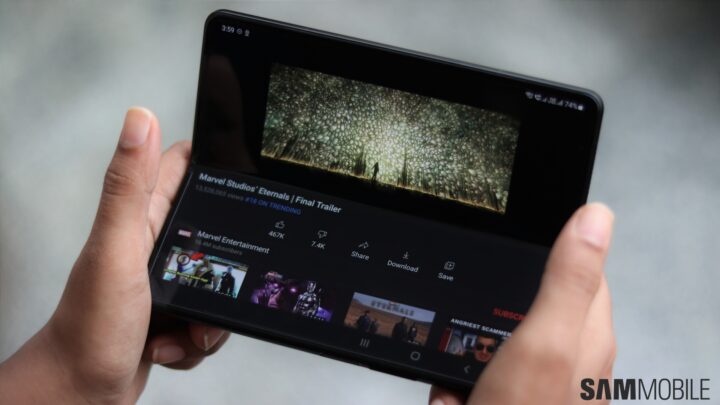 Last updated: July 29th, 2022 at 14:37 UTC+02:00
The Galaxy Z Fold 3, especially the Galaxy Z Flip 3, have truly established Samsung as the world’s leading foldable phone manufacturer. The Galaxy Z Flip 3 recorded the highest selling figures among all other foldable devices released so far, and according to a recent Samsung announcement, customers in Spain are lapping it up.

The number of Galaxy Z Flip units sold in Spain in the first half of 2022 has increased sixfold compared to a year ago. That’s not a typo. Demand for the Galaxy Z Flip in Spain was a whopping six times higher in H1 2022 compared to 2021!

So then, the Galaxy Z Fold and Z Flip lines have gained quite a bit of popularity in Spain over the course of one year, but what does this mean for Samsung’s bottom line? Good things, it turns out.

According to Samsung Spain, its foldable smartphones in the first half of 2022 have accounted for no less than 15.6% of the turnover recorded by all Galaxy smartphones priced €600 and up. Comparatively, last year Samsung’s foldable phones accounted for only 4.8%.