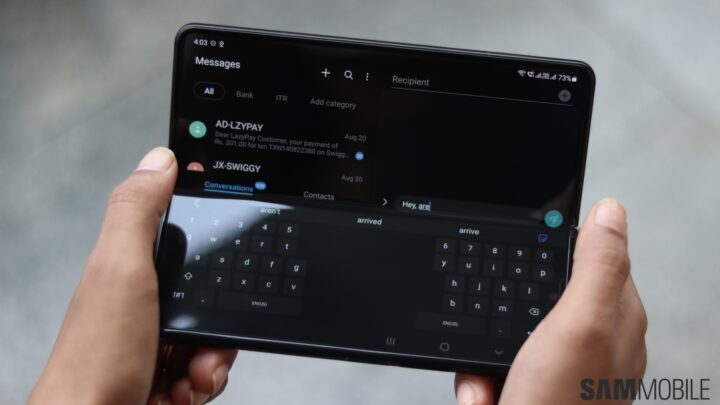 Last updated: July 28th, 2022 at 17:24 UTC+02:00
Samsung is getting ready to unveil the Galaxy Z Fold 4 and Galaxy Z Flip 4 on August 10, but more than that, the company is gearing up its foldable phones to outsell the now-canceled Galaxy Note series.

The Vice President of Samsung’s mobile experience division, Sung Koo Kim, reaffirmed on a conference call today that the company wants to carry the momentum of the Galaxy S and foldable phone lineups throughout the second half of 2022.

More so, Samsung aims for its foldable phones to “deliver sales volumes that are above the sales volumes we used to report using the Note series.” (via CNBC)

The Korean tech giant believes that its foldable devices are ready to go mainstream. And with that in mind, Samsung hopes for its foldable phones to outsell the now-retired Galaxy Note series.

With that in mind, Samsung is probably aiming to sell around 14 million Galaxy Z Fold 4 and Z Flip 4 units combined to outperform at least one of the recent Galaxy Note 10 models.

Whether or not Samsung succeeds in its long-term plan remains to be seen. We recently talked about Samsung’s decision to kill the Note series and the idea that the company may have rushed into this strategy. On the other hand, IDC analysts cited by CNBC say that the Galaxy Note line still has dedicated fans, but it’s a decade old, and the company’s ambitions for the foldable market “keep Samsung ahead of the curve.”