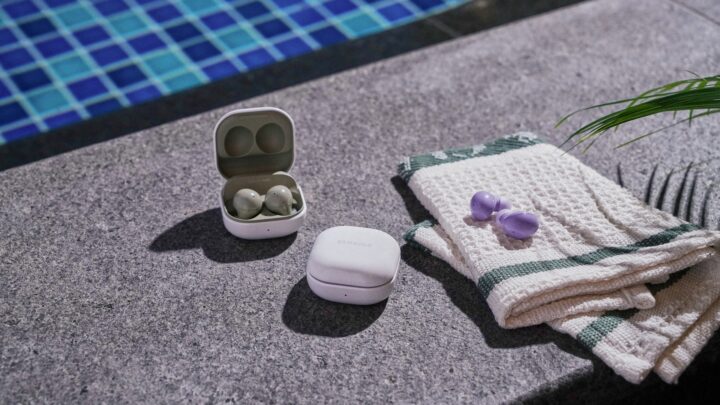 Samsung is all set to unveil the Galaxy Buds 2 Pro alongside the Galaxy Z Flip 4, Galaxy Z Fold 4, and the Galaxy Watch 5 series during its Galaxy Unpacked 2022 event on August 10. Ahead of the unveiling, the design of the company’s upcoming flagship earphones was leaked. Now, its features and pricing have been revealed.

According to a new report from 9To5Google, the Galaxy Buds 2 Pro will support 24-bit audio (usually claimed as Hi-Res Audio), possibly resulting in improved audio quality. However, it comes at a cost. The upcoming wireless earbuds will reportedly be priced at $230, a $30 markup from the pricing of the Galaxy Buds Pro. They will still be $20 cheaper than the AirPods Pro.

The Galaxy Buds 2 Pro (SM-R510) could be launched in three colors: Bora Purple, Graphite, and White. We can also expect Samsung to implement better ANC performance and 360 Audio refinements. They could feature Bluetooth 5.2 with a higher quality audio codec than AAC and SSC, water resistance, and wireless charging.

A few days ago, Samsung’s upcoming flagship wireless earbuds were leaked through a certification database. It was revealed that their case comes packed with a 500mAh battery, slightly bigger than the Galaxy Buds Pro. So, we can expect the Galaxy Buds 2 Pro to feature a slightly longer battery life.

By malkitrataulJuly 28, 2022UncategorizedComment on Samsung Galaxy Buds 2 Pro’s improved audio quality could come at a cost