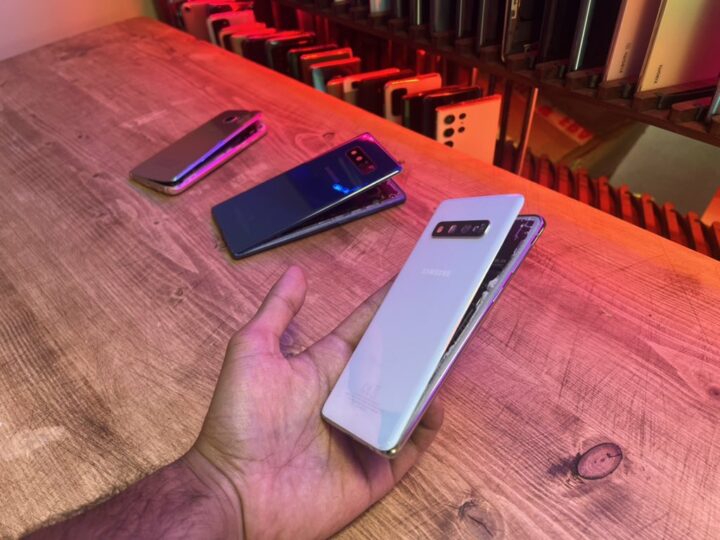 Last updated: July 27th, 2022 at 21:55 UTC+02:00
July has been one of the hottest months on record for much of Europe. The UK particularly has been gripped by an intense heat wave with average temperatures being higher than they’ve been in decades. Naturally, it’s been difficult for people who are generally not used to such intense heat.

It appears that smartphone batteries are having a hard time coping with the higher temperatures as well. A popular YouTuber has pointed out that the batteries in three of his Samsung phones have “blown up” due to the heat wave. However, there may be more here than meets the eye.

Arun Maini aka Mrwhosetheboss on YouTube needs no introduction. He’s a very popular tech YouTuber who routinely reviews smartphones from Samsung and other manufacturers. Maini tweeted that the batteries on three of his Samsung phones have blown up during the recent UK heat wave.

The pictures he’s shared show that Maini has used the words “blown up” liberally since the batteries do appear to be swollen, and we can see that these are all devices that are at least three years old. Swollen batteries is a common problem on most old phones, regardless of whether they were made by Samsung or not. Even old iPhones with swollen batteries are not uncommon.

As a tech reviewer, Maini would obviously have countless old devices lying around, so his claim that none of his other phones have met a similar fate is interesting. What is it specifically about these Samsung phones that has led to the swollen batteries?

It’s also unlikely that the batteries in each of these three phones came from a single supplier. Nevertheless, the premise is interesting and we’ve got to ask, have the recent heat waves done something similar to your old phones?

Though we should mention here that millions of people across the globe use Samsung phones in regions that consistently have hotter temperatures than what the UK has experienced this month. People in the Middle East, North Africa, South Asia, etc don’t randomly find the batteries inside their Samsung phones swelling up due to the temperature.

Nevertheless, we’ve reached out to Samsung for their take on the matter. Evidently, there’s no cause for concern here. Surely there’s a reasonable explanation for what’s happened to Maini’s devices.

Not a single other brand has 🤔 pic.twitter.com/LI6Qrz8xSv

By malkitrataulJuly 27, 2022UncategorizedComment on Has your Samsung phone battery ‘blown up’ too due to the heat wave?